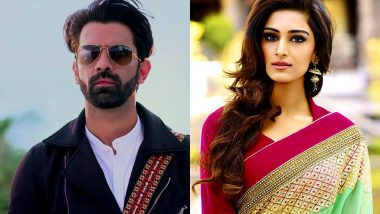 A lot has been reported about Ekta Kapoor's Kasautii Zindagii Kay 2. Every speculation and confirmation gets fans on social media super excited about the show. There's yet another speculation which we really hope is true because it's one of our favourites. According to reports, Barun Sobti is in talks to play the role of Risabh Bajaj in the reboot, which was originally played by Ronit Roy. Looks like speculations about Parth Samthaan playing Anurag Basu and Hina Khan playing Komolika have finally dialed down. Also, Barun is perfect for the role. He has all the right traits for this role and probably one of the only actors we can see fit in Ronit's shoes.

Though we are still waiting for confirmation on all the roles except for Prerna. Ekta introduced Erica Fernandes as the new age Prerna in the first promo of Kasautii Zindagii Kay 2. The show is reported to go on air from August 2018, the dates haven't been announced yet. But we can't wait for Ekta to give away more details about the reboot already. Shweta Tiwari played the original Prerna and her onscreen chemistry with Cezanne Khan was a huge hit. We can't wait for the reboot to go on air!

And this gives me goosebumps! The nostalgia and the excitement of being a part of THIS SHOW cant be expressed in words. Thankyou mam @ektaravikapoor 🙏🏼 @chloejferns @shreya_nehal P.S:- as promised .. i shall be back very soon on your tv screens . #kasautiizindagiikay2 #Ejf

We love how Ekta has kept the original track of the show just like it was. So much nostalgia! What are your thoughts on Barun playing Mr. Bajaj? Tell us in the comments below and stay tuned with us for more.

(The above story first appeared on LatestLY on Jul 29, 2018 09:40 PM IST. For more news and updates on politics, world, sports, entertainment and lifestyle, log on to our website latestly.com).