Is Vivek Dahiya the new Anurag Basu and will be replacing Parth Samthaan on Kasautii Zindagii Kay 2? Read on to know the answer. 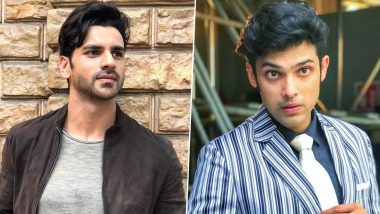 Ekta Kapoor's reboot version of Kasautii Zindagi Kay starring Parth Samthaan as Anurag and Erica Fernandes as Prerna has been making quite a buzz online. The reason behind the same is that a few reports have been doing rounds which hints that Parth has already said adieu to the serial and has also given the makers a notice. That's not it, as it further elaborates that Samthaan wants to concentrate on his future projects and so has taken this step. Amid all this, a new gossip surrounding KZK 2 also claims that TV actors Barun Sobti, Vivek Dahiya and Pearl V Puri have been shortlisted by the production house for replacing Parth on the daily soap. Kasautii Zindagii Kay 2: Erica Fernandes Reacts To Rumours of Quitting the Show.

However, talking to Zoom Digital, Dahiya has cleared the air that he is not the new Anurag of the show. When the portal reached for an answer from the actor, he simply replied, "No that’s not true". Well, that ends the rumour of Vivek being approached by the makers of KZK. Kasautii Zindagii Kay 2: After Parth Samthaan, Leading Lady Erica Fernandes To Also Leave the Show?

In fact, earlier reports were that Vivek's wife Divyanka Tripathi is going to replace Erica on the show. But the Yeh Hai Mohabbatein actress had set the record straight that she has been approached for KZK in a social media post. Even, Erica had put the rumours of her quitting the show to rest and told TOI, "I am currently very much a part of Kasautii Zindagi Kay." Kasautii Zindagii Kay 2: Divyanka Tripathi Dahiya Replacing Erica Fernandes as Prerna? Yeh Hai Mohabbatein Actress Reveals the Truth.

Kasautii Zindagii Kay has seen many character changes. As it was Aamna Sharif who replaced Hina Khan as Komolika and later it saw Karan Singh Grover as Mr Bajaj saying goodbye to the serial who was then replaced by Karan Patel. Stay tuned!

(The above story first appeared on LatestLY on Aug 18, 2020 07:55 PM IST. For more news and updates on politics, world, sports, entertainment and lifestyle, log on to our website latestly.com).