Kumkum Bhagya: After Naina Singh and Mugdha Chaphekar, Krishna Kaul Has Been Roped In to Play the Former’s Love Interest - View Pic 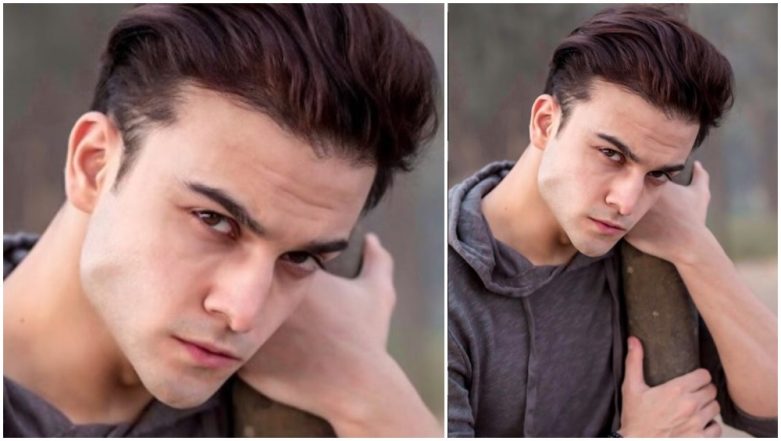 Krishna Kaul will be seen playing the role of a budding rockstar. (Photo Credits: Instagram)

Kumkum Bhagya is one of the most popular shows on Television and has always managed to gain the position on the top ten shows of BARC’s (Broadcast Audience Research Council India) list of most watched shows in the country as it never fails to keep its audience hooked like never ever with its numerous twists and turns. We had earlier reported that the show, starring Shabbir Ahluwalia (Abhi) and Sriti Jha (Pragya) in the lead roles, is taking a generation leap and will introduce viewers to the next generation of the Mehras, i.e. Abhi and Pragya’s twin daughters. While Naina Singh (Rhea) and Mugdha Chaphekar (Prachi) were roped in to play Abhigya's (Abhi and Pragya as fans fondly call them) twin daughters, now the latest one to enter the show is Krishna Kaul. Kumkum Bhagya Leap: Not Kirtida Mistry But Mugdha Chaphekar Bags The Shabbir Ahluwalia-Sriti Jha Starrer!

Yes, you read that right! Krishna, who is known for his role as Roy in Puncch Beat, is all set to enter the show. He will be seen essaying the role of Ranbir, Rhea’s (Naina) love interest on the show. As per a report in Pinkvilla, the actor will be seen playing the role of a budding rockstar and Abhi will be shown as the one, who will support him to achieve his dream.

Talking about his character in the show post leap, elated Krishna, in a statement to Pinkvilla, said, "I feel privileged to be a part of Kumkum Bhagya. It’s one of the biggest shows on Indian television today and I am also a huge fan of Shabir and Sriti’s work. Ranbir’s character is of a young college going boy who is extremely charming and is head over heels in love with his girlfriend Rhea and will go to any extent to keep her happy. I am looking forward to this brand new journey and hope that the audience love me in this new and interesting role." Kumkum Bhagya: Here’s Who Will Play Abhi and Pragya’s Daughters Post Leap – See Pics

Happy Holi to all you beautiful people. God bless you with all the happiness you desire 💝 . . #holi #mtv #krishnakaul

As the new track will be focusing on Abhi and Pragya's grown-up daughters Rhea and Prachi, what are your thoughts on the development in the storyline? Let us know in the comment section below.

Bankrolled by Balaji Telefilms, KumKum Bhagya was first premiered in April 2014, which is an adaptation of the Jane Austen novel ‘Sense and Sensibility’. The show was about a middle-class Punjabi family where a mother wants to see both her daughters to be happily married but given the chemistry of Abhi and Pragya, the show soon became a love story. Stay tuned to this space to know more about Kaul and upcoming track.