Maggie Beer, Curtis Stone and Poh Ling Yeow will replace the judges George Calombaris, Matt Preston and Gary Mehigan on MasterChef Australia. Meet the new faces who are confirmed to take over the hosting duties. 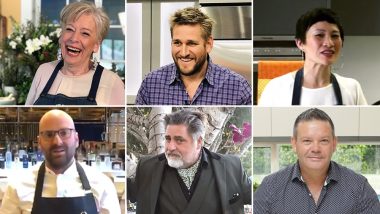 Fans are yet to overcome with the news of judges George Calombaris, Matt Preston and Gary Mehigan leaving the most hit television show, MasterChef Australia after reigning for 11 years. Ahead of the telecast of the 11th season finale, MasterChef Australia announced it was bidding a farewell to the celebrity trio. The announcement came in as a shock leaving the viewers wondering who would replace the judges from Season 12. While speculations were still on, it has now been reported that Maggie Beer, Curtis Stone and Poh Ling Yeow will grace the cooking show with their presence as judges from the upcoming season. Judges Trio Matt Preston, Gary Mehigan and George Calombaris Dropped From The Show After 11 Seasons!

Just hours after the announcements of the iconic trios being axed from the show, Poh Ling, Maggie and Curtis are confirmed to take over the hosting duties of Network Ten’s cooking hit, MasterChef, reports Who Magazine. The report added the confirmation has been revealed by MasterChef insider and the official announcement will be done tomorrow, July 24, 2019. Now, who are the new faces of the Ten’s big hit? The reported new judges are all culinary experts and have made Television appearances. Now that the names are been revealed, know more about the newly appointed judges for MasterChef Australia.

Maggie Beer is a very famous name and the 74-year-old is often called the Queen of the Kitchen. Despite not having any formal training as a Chef, Beer has accumulated a triumphant career owning restaurants and writing numerous cookbooks. She has even been a regular guest judge on MasterChef Australia.

Poh Ling Yeow is a former MasterChef contestant-turned-mentor. She was the runner up in the first season of the show in 2009, in which Julie Goodwin was the winner. Ling has gone on to have a successful career and her selection as MasterChef Australia new judge has not come as a surprise, considering her continuous involvement with the show.

MasterChef Australia is yet to make an official announcement confirming the above names as the new judges for the upcoming season. Meanwhile, Larissa Takchi took home MasterChef Season 11 win after getting three perfect scores from the judges for her unusual take on pavlova. Aged 22 years, Larissa is the youngest winner in the show’s history.

(The above story first appeared on LatestLY on Jul 23, 2019 09:22 PM IST. For more news and updates on politics, world, sports, entertainment and lifestyle, log on to our website latestly.com).