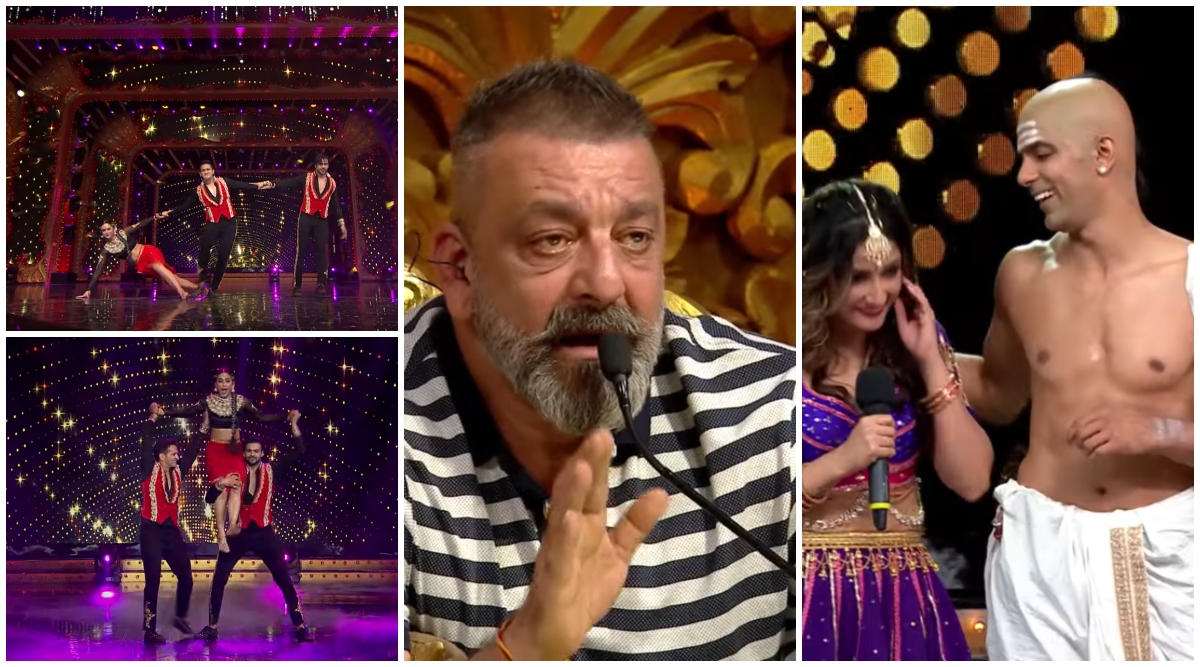 Nach Baliye 9's this weekend's theme will see its 9 jodis (actress Pooja Banerjee and her swimmer husband Sandeep Sejwal opted out of the show after the former's accident) share the stage with their choreographers in the choreographers' special and give some powerhouse performances. Only yesterday, we reported about how Shantanu Maheshwari will be seen reuniting with his dance crew Desi Hoppers for the performance. Desi Hoppers won the 'World Of Dance' Championship in 2015, making India proud. Nach Baliye 9: Shantanu Maheshwari To Perform With His Dance Crew and World Of Dance Champions Desi Hoppers on The Show!

This weekend's episode will also see actor Sanjay Dutt grace the show to promote his next film Prassthanam. And looks like Baba is all praises for all the Nach Baliye 9 jodis, especially ex-couples Vishal Aditya Singh-Madhurima Tuli and Urvashi Dholakia-Anuj Sachdeva's performances have been released.

In fact, Judge Ahmed Khan had to tell Sanjay that the performances were being given by ex-couples, which left the Bollywood star shocked. Sanju Baba also went on to tell them that even if they are exes and have 1% feelings left for their partners, they can always get back if it makes them happy.

Well, Sanjay is not the only guest or judge who has commented on Nach Baliye 9's ex-couples and their explosive chemistry. A lot of guest celebs and also judges Ahmed Khan and Raveena Tandon have repeatedly told the jodis that their chemistry is so fabulous that it is unbelievable that they aren't together anymore... Well, if only these couples paid heed to their advice!