Ramayan Fame Dipika Chikhlia Shares A Mesmerising Photo As Sita, Recalls The Time When She Would Transform Into The Goddess Everyday (View Post) 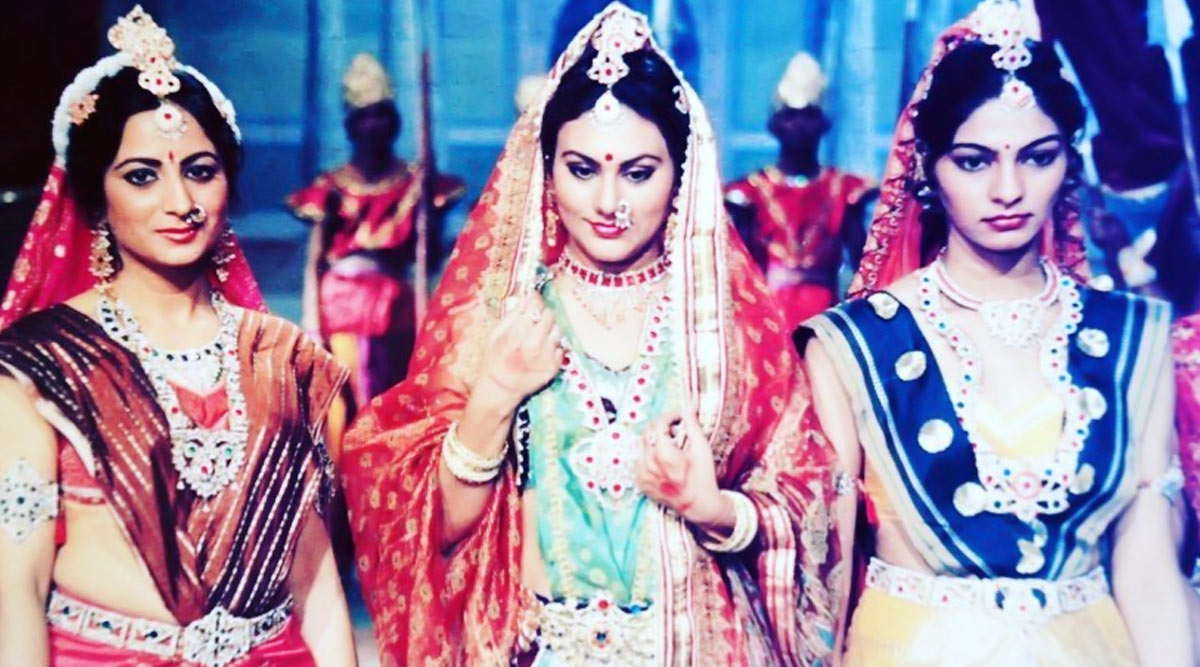 Star Plus' has been telecasting Ramanand Sagar's epic mythological tale Ramayan, ever since the series finished airing on Doordarshan. The popular mythological show successfully garnered record-breaking viewership when it first returned to television to re-air during the on-going lockdown even today due to its engaging and simple narrative which has earned a memorable place in audience’s minds. Dipika Chikhlia Aka Sita Feels the Indian Government Should Felicitate the Ramayan Team With Padma Awards.

Ramayan made its lead actors Arun Govil (Ram), Dipika Chikhlia (Sita) and Sunil Lahri (Laxman) household names and they are till date considered the best trio on television. And while we all have been enjoying the Ramayan re-runs, actress Dipika Chikhlia, recently took to her social media to share a picture from her Ramayan days. Ramayan Actors Arun Govil and Dipika Chikhlia Wish to Seek Royalty after Their Mythological Show Sets a New TRP Record.

It’s that 1 step .and that one day , that changes who you are ,and your life ...one such walk ..I waked as Dipika and at the end of the corridor I became sitaji ...I was reborn ....#sita#seeta#love#fans#family#walk#dressing#sisters#royal#shy#future#sisters#ramayan#sagarworld#shivsagarchopra #tv#television

The actress recalled how her daily transformation into Sita's character had ultimately led to a huge change in her personally too. She recalled how it was just a walk down the corridor for her to become Sita to Dipika. Well, it is rightly said - a picture speaks a thousand words. Doesn't Dipika look a million bucks?