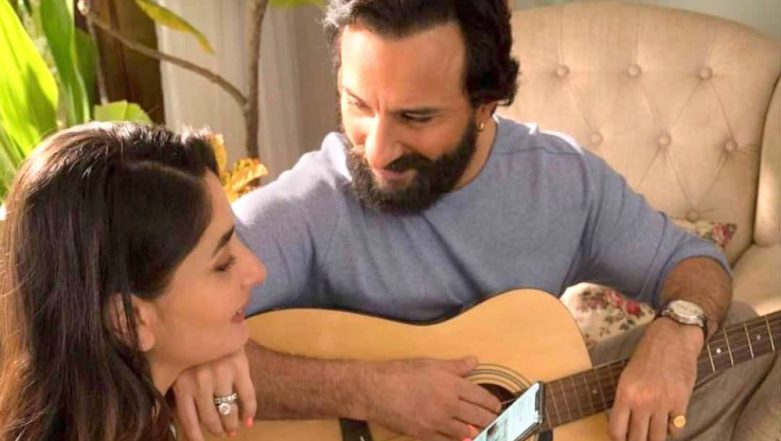 Kareena Kapoor Khan is all set to explore a new avenue. The actress will be making her debut on the Indian TV as the host of the reality show, Dance India Dance. The first promo of the show is out and Kareena looks breathtaking. The first pictures from the sets of the shoot are also out and we are already too excited to see the actress on the small screen. Speaking of firsts, here is our first glimpse at how Saif Ali Khan's reacted to his wife's decision to do a TV show. Kareena, in an interview with a leading daily, made the revelation.

Talking about her close ones' reaction to her judging Dance India Dance, Kareena said, "Everyone in my family has been supportive. Saif is nervous about how I will manage, but then he says, ‘You are a star, you’ll do it’.”

In another interview, Kareena spoke about her decision to do TV. She said, "Since I’m making my TV debut, it had to be something bigger and better. Dance India Dance changed the concept of reality shows with a 360-degree stage and 200-plus cameras. It’s the longest running dance reality show, which has the common man at the forefront which is why I love it. So, I thought to myself, 'Why not do this?'" Dance India Dance: Battle of the Champions – Is Kareena Kapoor Khan One of the Highest Paid Actresses on TV?

We are certainly looking forward to seeing what Kareena brings to the table with her judging. And, of course, her outfits for every episode are going to be outrageously glamorous. So, that is a plus as well.