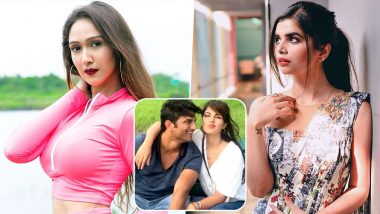 In her video, Rhea was seen dressed in white as she went on to state that she had trust in God and that truth shall prevail. She also said that she was aware of the 'horrible things being said in electronic media' about her and that justice shall prevail. Rhea Chakraborty Breaks Her Silence On Allegations Against Her; Says 'I Have Immense Faith in God and Judiciary, I Will Get Justice' (Watch Video).

And now, Sushant's friend from the Television fraternity, Kaisi Yeh Yaariyaan actress Krissann Barretto lashed out at the Rhea Chakraborty and supported claims of Rhea practising black magic and how she also controlled Sushant's life, including him not being allowed to keep in touch with his friends and family, like SSR's father alleged. Sushant Singh Rajput's Fans Start Protesting on the Streets of Patna Against the Maharashtra Government and their Refusal for CBI Probe.

Commenting under Viral Bhayani's shared video of Rhea's statement, Krissann exposed Rhea and also went on to add that just in case she is subjected to black magic, she will never kill herself.

Check Out The Comments Below: 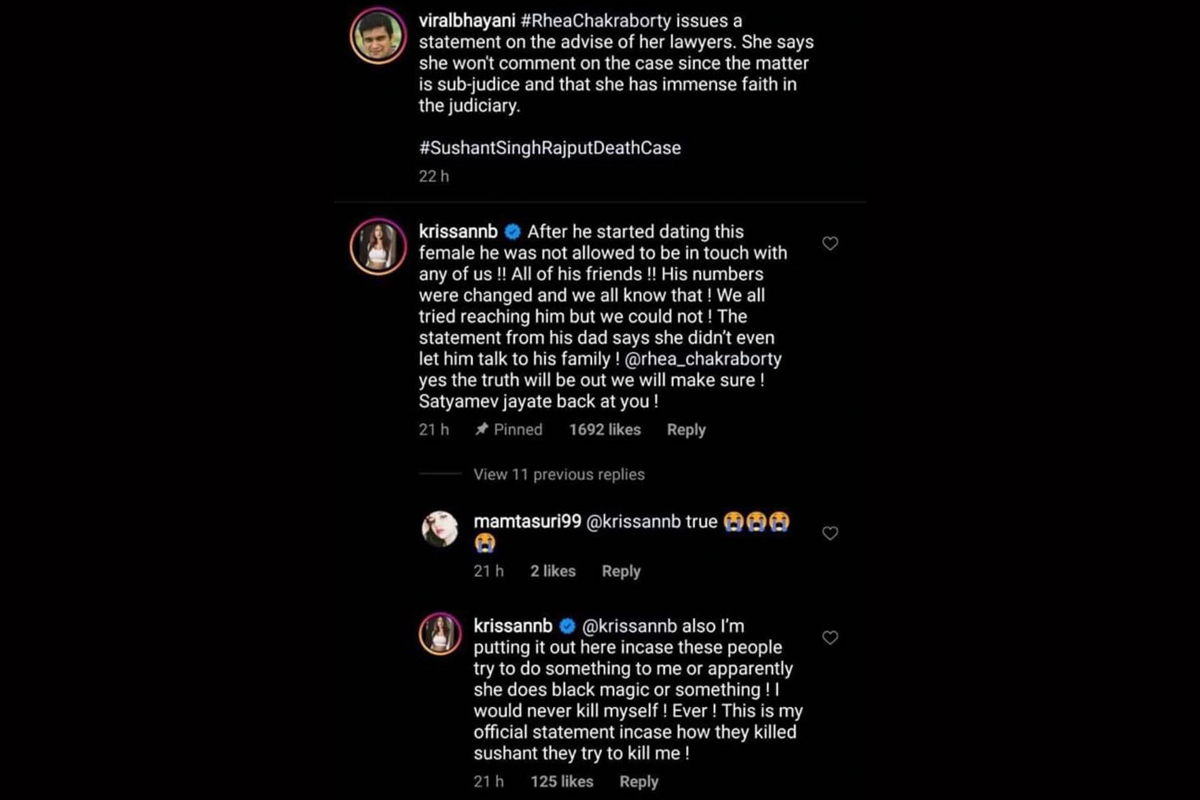 Appreciating Krissann coming out in support of the last SSR and his family, Rhea Chakraborty's Jalebi co-star Kajol Tyagi also lashed out at Rhea big time, recalling how during the filming Rhea 'oozed negativity'. She also pointed out how Rhea kept her hands folded all throughout the video, making it hard for 'body language experts' to catch her 'faking grief'. Sushant Singh Rajput's Father Files FIR against Rhea Chakraborty: Here's the List of Allegations Mentioned Against the Actress. 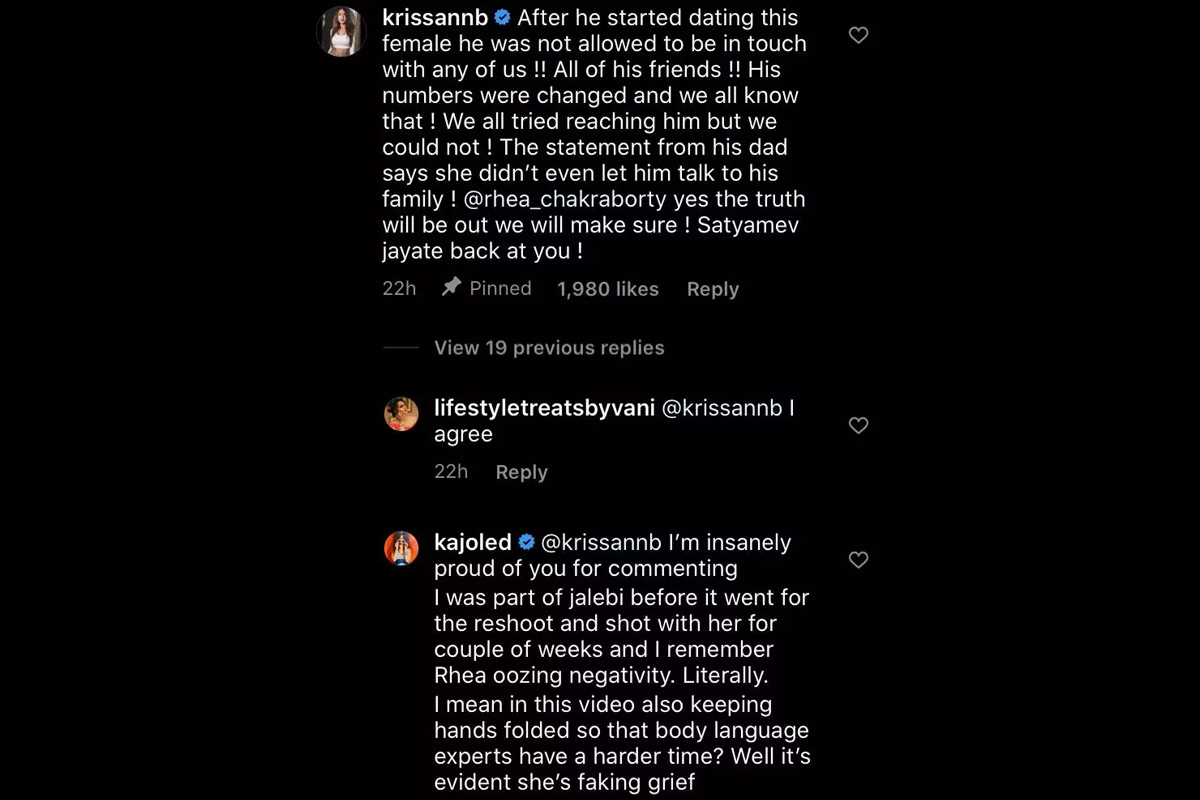 After Sushant's father filed at FIR with the Patna police against Rhea, a team of 4 officers have come down to the city to conduct their investigation. Sushant's ex-girlfriend Ankita Lokhande has also come out in support of Sushant's family seeking justice. We too hope that truth prevails and soon.

(The above story first appeared on LatestLY on Aug 02, 2020 09:54 AM IST. For more news and updates on politics, world, sports, entertainment and lifestyle, log on to our website latestly.com).