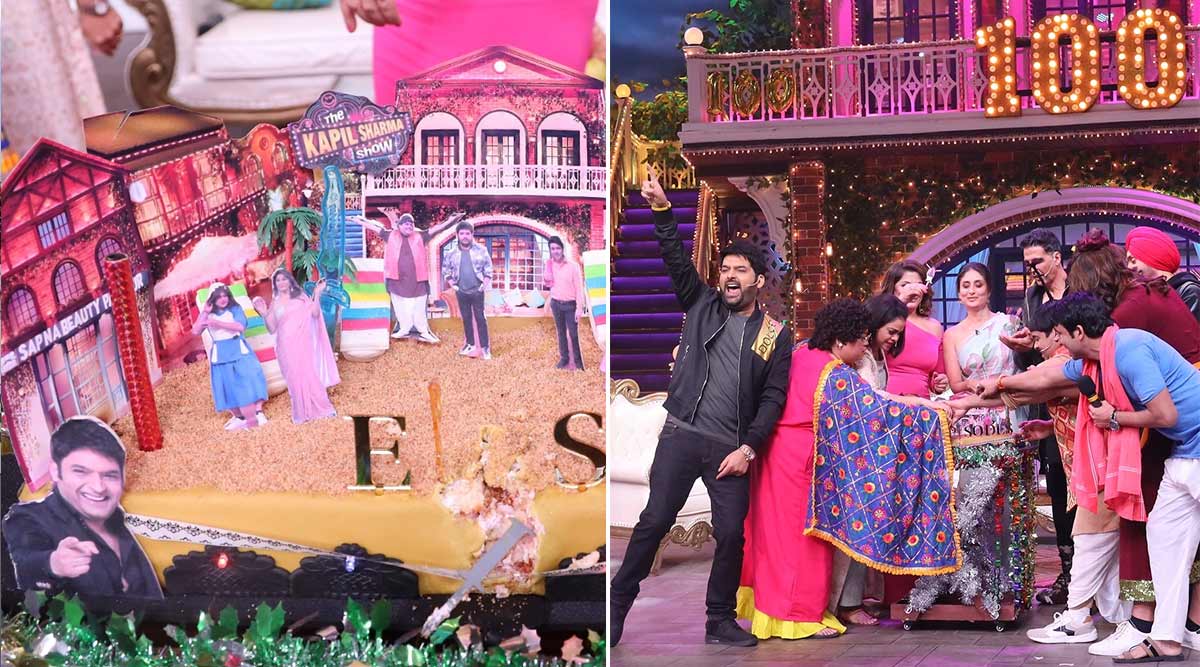 December has proven to be a lucky one for Kapil Sharma, personally and professionally, and we couldn't be any happier for the comedian. It all started with December 2018 when Kapil not only bounced back with the second innings of The Kapil Sharma Show, but also got married in a lavish wedding with Ginni Chatrath. Life came around in full circle for the comedian and actor welcomed his first baby, a girl, with his wife. And now, another celebration awaits Kapil Sharma, who will be seen celebrating 100 episodes of his show. Kapil Sharma Welcomes a Baby Girl with Wife Ginni Chatrath! Saina Nehwal, Kiku Sharda and Others Pour Congratulatory Messages

And the 'Good Newwz' for fans of the show is that celebrations for the same were in a way hosted by the team of Good Newwz. Actors Akshay Kumar, Kareena Kapoor, Diljit Dosanjh, and Kiara Advani, graced the show and literally took over from Kapil Sharma.

Unlimited jokes, laughter & fun were all in the guest list of the grand 100th episode of the #TheKapilSharmaShow featuring Team #GoodNewwz in full attendance - cast & music artists! Your weekend is booked - 21st & 22nd December!😍 pic.twitter.com/FjQQmvOOE7

The 100 episodes special of the show will go on for two consecutive episodes and it promises to be a laugh riot. Said Akshay Kumar, "I am glad that the show has completed its 100 episodes and that I am part of the celebration. I wish this continues forever and ever and keeps spreading happiness and laughter." The team also cut a cake to celebrate with Kapil and his cast members.

Take a Look At The Pictures Below: 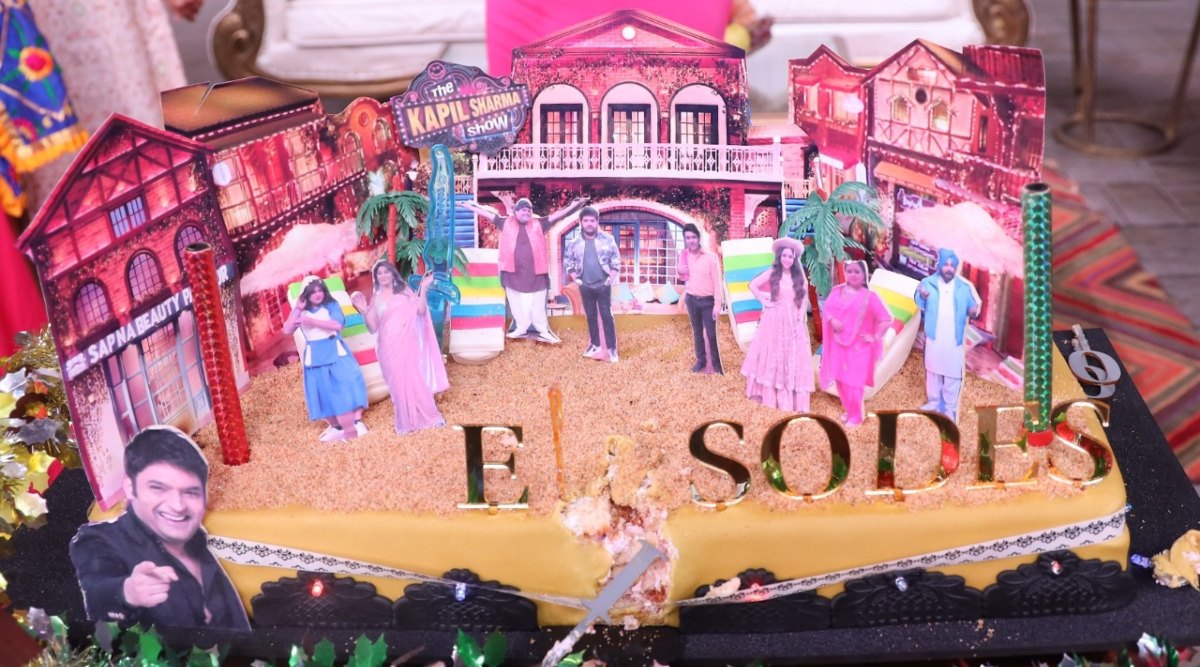 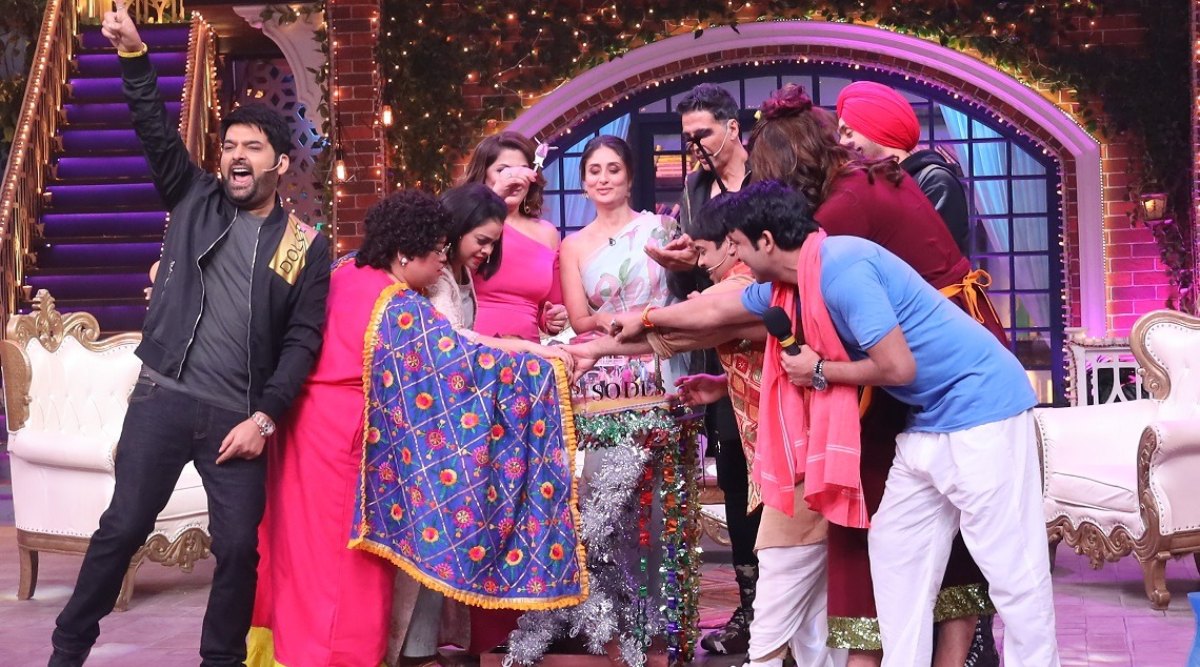 Cast members Krushna Abhishek, Kiku Sharda, Archana Puran Singh and Bharti Singh too were elated on the show completing 100 episodes. Said Krushna, "It was a great journey sharing space with Kapil Sharma and being each other’s strength throughout." Says Kiku Sharda, "The Kapil Sharma Show is like our second home and we gel up together as a family." Bharti Singh also added, "Journey with Kapil has been a roller coaster ride with ups and downs. However, we all of us together as a team managed to make this season a real success." Year Ender 2019: From Ekta Kapoor, Barun Sobti To Jay Bhanushali, Kapil Sharma's Here Are 10 Actors Who Welcomed Babies This Year

The latest member to get on The Kapil Sharma Show, Archana Puran Singh also revealed, "December is the month of celebration for Kapil and for all of us. We have recently welcomed Kapil and Ginni’s newborn baby and completed 100 episodes of the show. Journey throughout this season has been worth cherishing with tons of good memories to remember." Well, congratulations, team Kapil Sharma.