The Last Hour: Raima Sen Recalls Giving a Screen Test for Her Role in the Upcoming Amazon Prime Video's Series

Raima Sen recalls giving a screen test for her role in the upcoming web series The Last Hour, adding it was something she has never done before. The Last Hour also features Sanjay Kapoor, Shahana Goswami, Karma Takapa, Robin Tamang and Shaylee Krishen. The series releases on Amazon Prime Video on May 14. 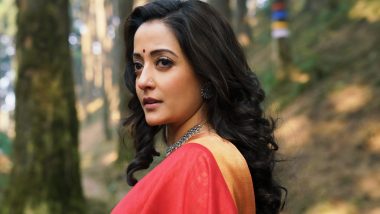 Actress Raima Sen recalls giving a screen test for her role in the upcoming web series The Last Hour, adding it was something she has never done before. "In all these years in the industry, I have never done a screen test. When I learnt that (director) Amit (Kumar) wanted to do a screen test for my character in Calcutta, I first avoided it as I have always had a phobia of auditions. Later, I gathered my strength and somehow decided to do it. I first thought I was never going to get the part but surprisingly, I got a confirmation call from him in a couple of days," says Raima, who essays the role of Nyima. The Last Hour Trailer: A Mysterious Secret Drives the Intrigue in Sanjay Kapoor, Raima Sen’s Supernatural Crime Series (Watch Video).

"With all my work, I've always tried to understand the vision of the director and then added my individuality, which helps me stay focused on my character. My director Amit told me what he expected from the character, but at the same, asked me to keep it real and feel it. His guidance and my vision helped me get the best out of me. It was such a great experience shooting for the series," she said. The Last Hour: Shahana Goswami Says She Is Thrilled To Play a Police Officer in the Upcoming Amazon Prime Video's Series.

(The above story first appeared on LatestLY on May 13, 2021 09:44 PM IST. For more news and updates on politics, world, sports, entertainment and lifestyle, log on to our website latestly.com).