In early September, Tata Sky recently published a notice on an English daily newspaper stating that Network18 and Viacom18 channels will not be available on the DTH platform after 15 days of the notice. 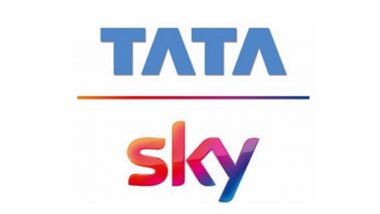 Mumbai, October 2: It came as a huge shock to Tata Sky subscribers on Monday, October 1, as many of their channels like Sony, Aaj Tak, TV Today, and others were unavailable. Fans of Amitabh Bachchan's popular reality show Kaun Banega Crorepati was greeted with a blank screen on their television sets. Instead of the channel, a message was being displayed asking the users to give a missed call on their toll-free number. Reportedly, the toll-free number was also not working, which led to more frustration among the loyal KBC viewers. Tata Sky Stops Broadcast of Sony and TV Today Programmes; KBC Fans Hugely Disappointed!

Dear @TataSky why this issue? Have been trying to give a missed call on this number for the last one hour but it says network busy. Missed #KBC Same issue while trying to watch @aajtak pic.twitter.com/xR2ZrUh1XD

Why Are Viewers Not Able to Watch Sony Channels on Tata Sky Network?

In an earlier notice, in September, Sony Pictures Networks India (SPNI) had issued disconnection notice to Tata Sky for non-renewal of the agreement. In its caution notice, the broadcaster stated that its channels will be discontinued from the platform three weeks from the issue of notice. SPNI has said that both Sony and TV Today Network channels will be discontinued. Sony also distributes the TV Today Network channels.

Tata Sky had categorically mentioned that users will not be able to enjoy the broadcast of over 100 channels from September 23, 2018. The list had included Sony and TV Today. The viewers were asked to give a missed call on a certain number post which they can make their choices as far as their channel cart is concerned, reports suggest. Tata Sky Threatens to Stop Showing Network18 & Viacom18 Channels, Will it Affect Bigg Boss 12 TRPs?

How You Can Still Watch Sony & Aaj Tak Channels on Tata Sky Network?

Tata Sky subscribers can give a missed call on the number mentioned on their screen and within half an hour, you will get a message that your request to view SET & Aaj Tak channels has been processed. Tata Sky has set up individual missed call numbers for each of the channels. 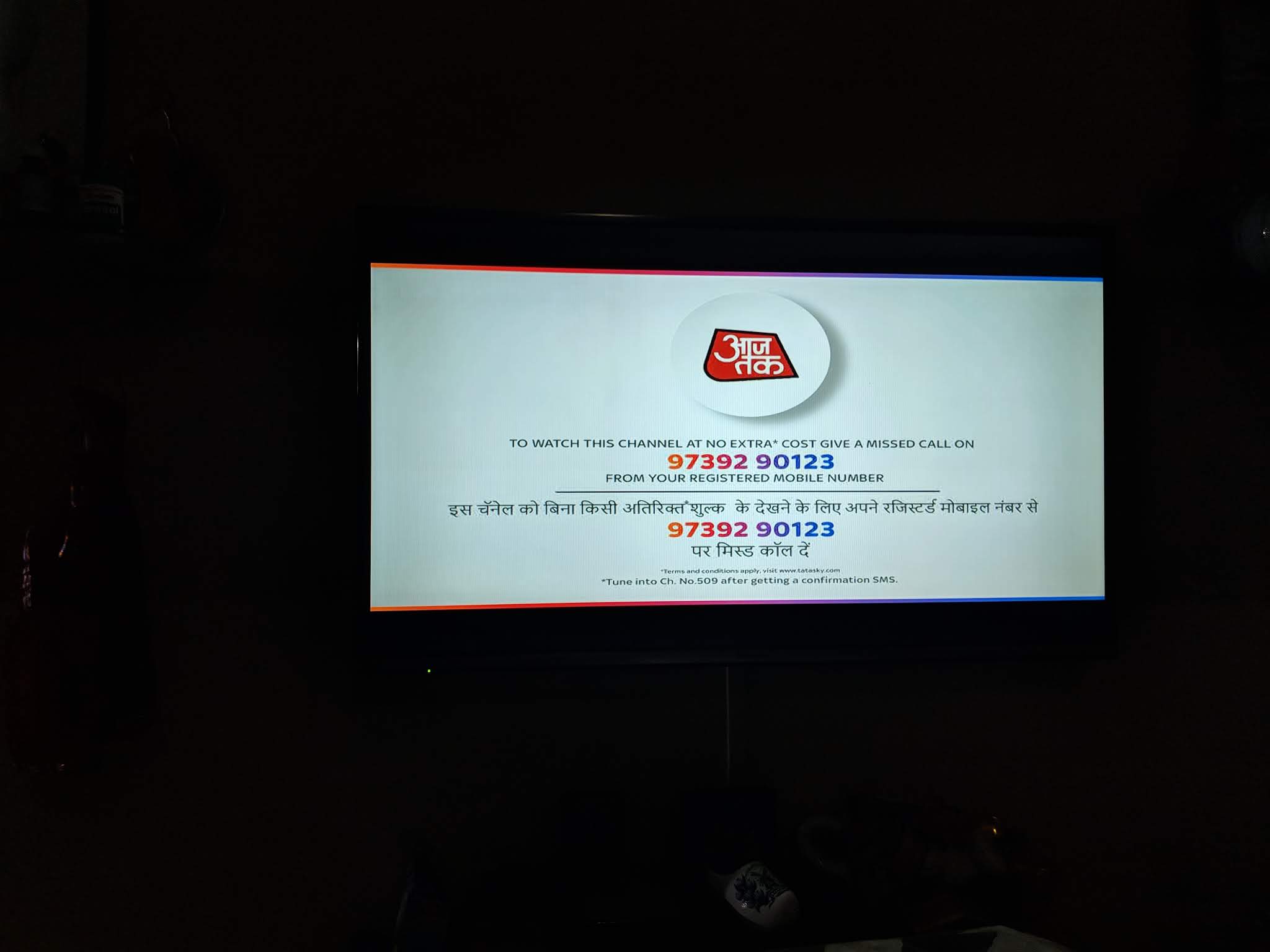 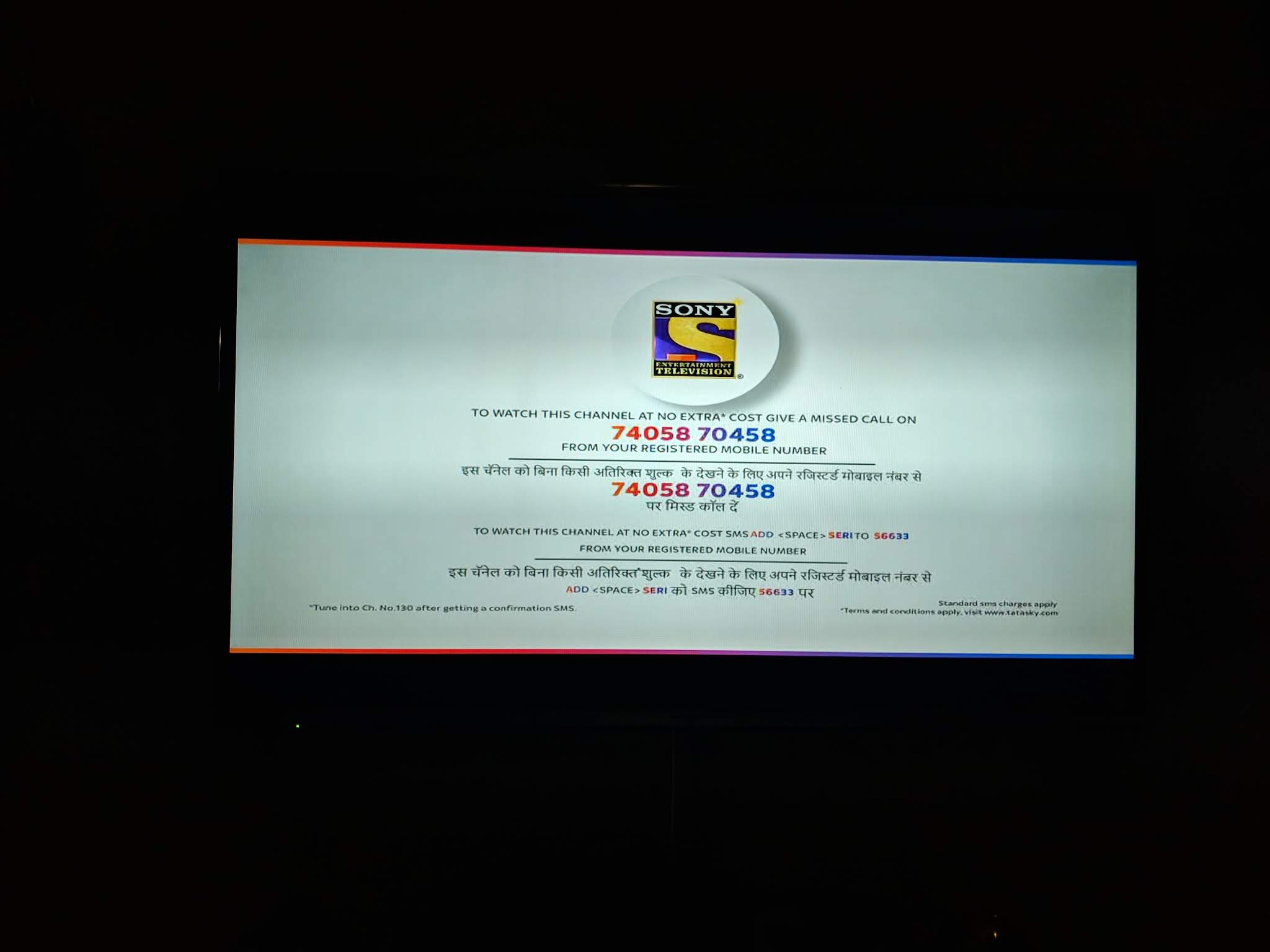 The DTH platform further claims that viewers will be able to see SET & Aaj Tak channels at no extra cost just by giving a missed call or send SMS in the said format. Below is a message, which you will get after your request has been processed. (The above story first appeared on LatestLY on Oct 02, 2018 09:12 AM IST. For more news and updates on politics, world, sports, entertainment and lifestyle, log on to our website latestly.com).