Whether Acting or Personality, This Bhojpuri Actor Is Not Less Than Any Bollywood Actor

Dimpled lad actor Kritn Ajitesh can surely give competition to our leading heroes in Bollywood. Kritn Ajitesh is arguably one of the hottest Bhojpuri Actor. 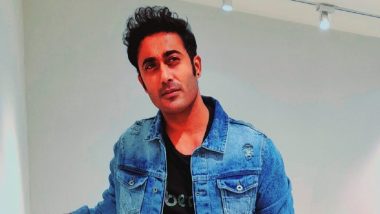 Dimpled lad actor Kritn Ajitesh can surely give competition to our leading heroes in Bollywood. Kritn Ajitesh is arguably one of the hottest Bhojpuri Actor.

Kritn Ajitesh also known as Ajitesh , has donned many hats. He is an actor,model, television presenter ,Singer and is best known for making women go weak in the knees with his spectacular work in Bhojpuri cinema.

Kritn Ajitesh acting skills are a gift from his very talented father,tho he went to Fti pune for acting and then joined Anupam Kher Acting School. His films have always been a class apart that make us think through things once again about life.. His first Big break was Bitiya Sada Suhaghaan Rah.

He has a charismatic personality and hardworking

When you think about this talented actor, hardworking is one quotient that fits perfectly.

Kritn has bedazzled millions of girls making him one of the hottest actors of North . But his smoldering good looks and ripped body are not the only things that draw them towards. Kritn Ajitesh possession of a charming smile, six pack abs and his skills as an actor make him irresistible. Apart from that, his charismatic persona draws your attention towards him.Kritn ajitesh sexual appeal and his striking features pull his lady fans towards him. But what attracts the box office are his talented skills and his blockbuster films. The films like, Bitiya Sada Suhaghan Rah,Patna Wale Dulahniya Le Jayenge ,Biddhina Naach Nachabe his recent upcoming film Saato Janam, have all been crowd pullers resulting in full house.

Not only Bhojpuri film He has also worked in Serials,Webseries and Bollywood movie like Love Ajkal as a dancer opposite Deepika Padukone .

His recently released Bollywood Rigleganj with Om Puri ,where he is seen playing a Naxal .

His recent Upcoming Bollywood film Is An Acid Attack Case.