The Deputy Controller of Examination of Assam Down Town University, Arupjyoti Sharma was arrested in connection with the cash-for-marks scam. 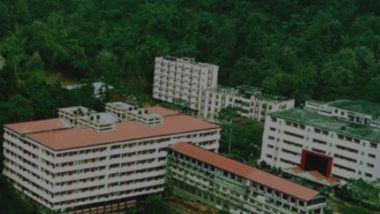 Pay cash to increase your marks have always existed to affect the competitiveness of the examination. Several incidents have been reported over the time where such gangs were busted. In a recent case, the Deputy Controller of Examination of Assam Down Town University, Arupjyoti Sharma was arrested on July 24 in connection with the cash-for-marks scam. A team led by Assistant Commissioner of Police (ACP) Purabi Mazumdar detained the accused from an undisclosed location at Noonmati, Guwahati.

It was reported that Sharma is from Mangaldai and was residing in the Chachal area of the city who joined the University in 2010. According to Mazumdar, the police have come across various irregularities and discrepancies in the conduct of the examinations held in the premier institute. They have collected enough evidence against the accused in relation to the cheat. Earlier this month, ACP Mazumdar held another employee named Gunajit Choudhury in prison. The accused was allegedly running a pay-for-marks racket within Assam Down Town University.

An FIR was lodged against Choudhury, and at the time, it was reported that four other faculty members were even involved in this racket. In 2011, Choudhury joined the institution, and he has been running the same since 2012.

Assam Down Town University is one of the popular institutions in the state. Founded in 2010, the university offers multiple bachelor and master program, from engineering to hospitality to allied health sciences in Pharmacy. The institute was established by the Down Town Charity Trust which is promoted by Down Town Hospital Limited. Every year, several students from around India as well as Nepal, Bhutan and Bangladesh reportedly take admission in the curriculum.

(The above story first appeared on LatestLY on Jul 26, 2018 10:15 AM IST. For more news and updates on politics, world, sports, entertainment and lifestyle, log on to our website latestly.com).