96 mass copying were confirmed to be of the students from Panchmahal district of the state. The candidates were of class 10 and they were caught cheating in English paper who have one common best friend named, Vikram. 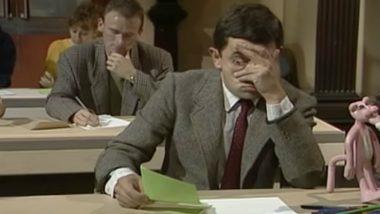 In another hilarious incident of mass cheating, about 230 cases of copying have been reported in English language paper under Gujarat Secondary and Higher Secondary Education Board (GSEB). Out of the total number of cheating cases that are detected by the officials; 96 mass copying were confirmed to be of the students from Panchmahal district of the state. The candidates were of class 10 and they were caught cheating in English paper. And surprisingly, it came in the front that all the 96 students have one best friend in common; ‘Vikram.’

During the exam, in English paper, students were asked to write an essay on “My Best Friend”. GSEB officials informed that all these 96 SSC candidates wrote similar answer and they had one mutual best friend whose name was, Vikram. Hilarious blooper we must say! However, the board has taken strict action against the cheaters as AJ Shah promised earlier. He was quoted saying, “This year strict action will be taken against all those involved, right from teachers who assisted in mass copying to the centre supervisors.”

Recently, it was reported that candidates who appeared in GSEB class 10 exams this year, many could not spell simple words correctly such as ‘friend’, ‘clever’, ‘fondly’, ‘tennis’, etc. They don’t even know how to write their own names correctly in English. We so crave to meet their teachers! Fortunately, after committing such serious mistakes, they excelled in the GSEB class 10 exams 2018.

And such blunders were not just in English language paper. In Sanskrit paper too, Gujarat Board class 10 students did the same mistakes in Sanskrit. Likewise, in Hindi exams as well, all the remaining 130 students, answered to the same questions in poetry and story writing sections and they had similarities in their answers. Further on May 24, the GSEB seized 200 kilograms of materials that were used to cheat during the exam. This year, 67.5 percent students of GSEB class 10 qualified for higher studies.

(The above story first appeared on LatestLY on Jun 07, 2018 06:21 PM IST. For more news and updates on politics, world, sports, entertainment and lifestyle, log on to our website latestly.com).