Several Dalit organisations have called for a ‘bandh’ on April 2, 2018 expressing concerns over the alleged “dilution” of SCs/STs (Prevention of Atrocities) Act following which the Punjab government has ordered the suspension of bus services and mobile internet services. 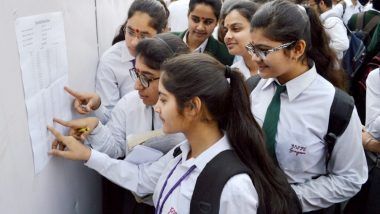 Chandigarh, April 1: In wake of Bandh called by several Dalit organisations in Punjab on Monday, the  Central Board of Secondary Education (CBSE) Board Examinations for Class X and XII that were scheduled for 2nd April 2018 have been postponed.  A spokesperson of the Punjab government on Sunday informed that schools across the state will remain shut and buses will be off the roads.

Internet services in the state will remain suspended from 5 pm on Sunday till 11 pm on Monday in a bid to check rumormongering on social media. Several Dalit organisations have called for a ‘bandh’ on April 2, 2018 expressing concerns over the alleged “dilution” of SCs/STs (Prevention of Atrocities) Act following which the Punjab government has ordered the suspension of bus services and mobile internet services.

In view of the Bandh call on April 2, the Punjab government has decided to suspend the services of public transport across the state tomorrow, an official spokesperson said here. The government has urged people to make their travel plans accordingly.

The state government also ordered the suspension of services on the mobile internet (2G/3G,4G/DCMA), besides all SMS services and dongle services provided on mobile networks except voice calls from 5 pm today until 11 pm tomorrow, the official said.

Earlier in the day, Punjab Chief Minister Amarinder Singh appealed to the people of the state, especially the members of the scheduled castes community, to maintain restraint and maintain law and order in the larger public interest. “The government respects the sentiments of all people and their rights to express their views in a legitimate and peaceful manner, nothing should be done to endanger the hard earned atmosphere of peace and communal harmony in the state,” Singh said.

Singh further added saying that the state government was already committed for the welfare of Scheduled Castes, “which was evident from the fact that the Punjab Vidhan Sabha unanimously adopted a resolution to express solidarity with our SC brethren during its recently concluded budget session seeking the NDA Government’s intervention to legally pursue the case in which a Supreme Court verdict had diluted provisions of the SC/ST (Prevention of Atrocities) Act”.

(The above story first appeared on LatestLY on Apr 01, 2018 11:21 PM IST. For more news and updates on politics, world, sports, entertainment and lifestyle, log on to our website latestly.com).