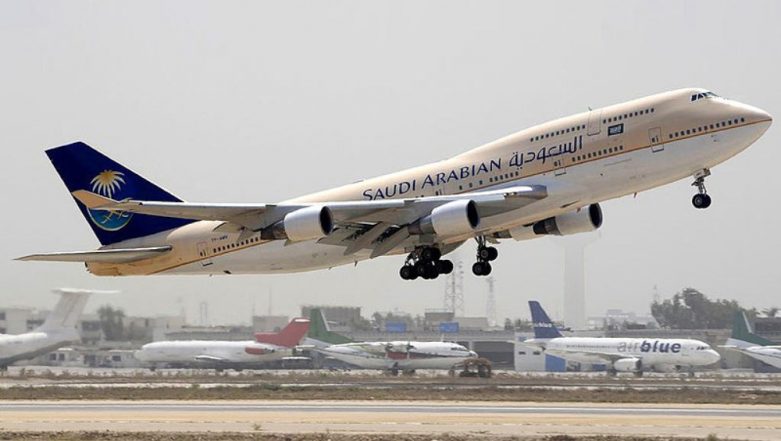 New Delhi, May 28: Civility seems to be on the wane not only in public places, but also in flights. In a latest case of sexual offence against woman, a 24-year-old man from Kerala flying from Jeddah to New Delhi unzipped his pants on being stopped by a lady cabin staff from lighting a cigarette.

The man has been identified as Abdul Shahid Shamsudeen, a resident of Kottayam in Kerala. The accused was on board a Saudi Airlines flight when the incident took place. According to airport sources in Delhi, Shamsudeen first verbally abused the woman crew member and refused to stop from lighting a cigarette. Saudi Plane Forced to Return Immediately After Take-Off As Mother Forgets Baby at Airport.

"The man created a ruckus. When the woman cabin staff called her colleagues for assistance, the man allegedly unzipped his pants and made obscene gestures," a source said.

After the flight landed in Delhi, the crew members reported the incident to the airport operations control centre following which the Central Industrial Security Force (CISF) personnel were informed. Passenger Sets His Own Luggage on Fire After PIA Flight Got Cancelled at Islamabad International Airport (Watch Video)

The security personnel then detained the accused and took him to the IGI Airport police station. He was handed over to the Delhi Police for further legal action. The accused has been booked under Sections 354 (molestation) and 509 (using word, gesture or act intended to insult the modesty of a woman) of the Indian Penal Code (IPC).