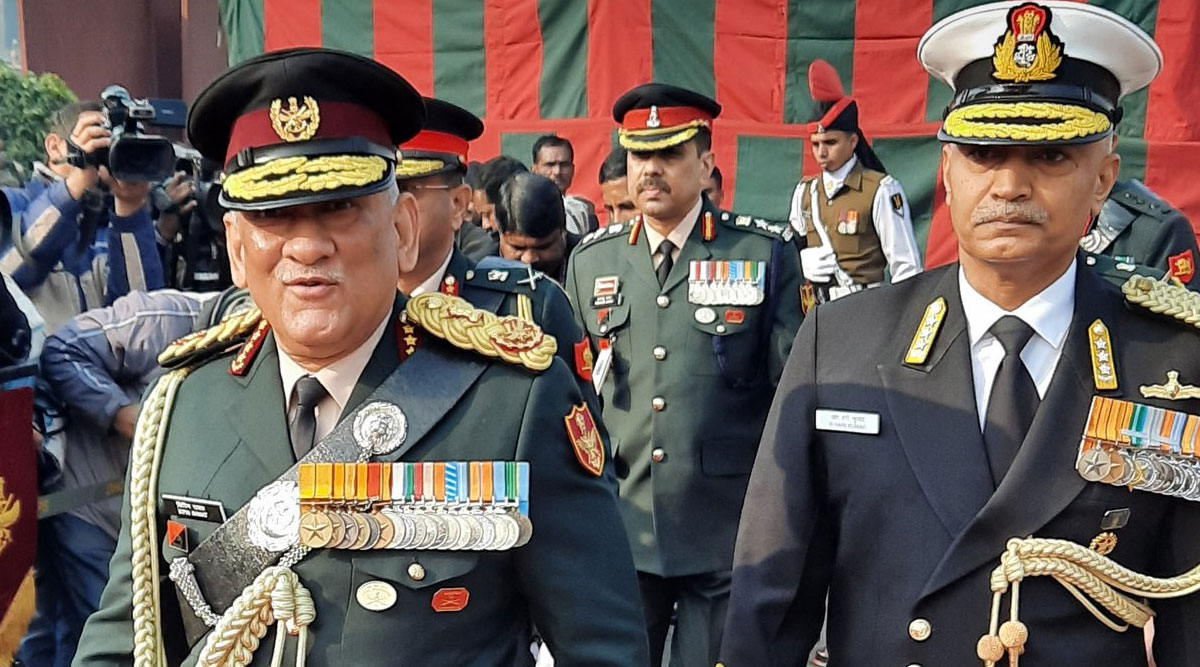 New Delhi, January 2: Chief of Defence Staff General Bipin Rawat on Thursday held a meeting with the chiefs of three service wings. It is the second meeting with the chiefs since General Rawat took charge as the CDS. In today’s meeting, Gen Rawat issued directions that a proposal to create Air Defence Command be prepared by June 30, 2020. The CDS also set out priorities for the execution of synergy by June 30 and December, 31, 2020. General Bipin Rawat Takes Charge As India’s First Chief of Defence Staff, Take a Glimpse of His New Look in CDS Uniform.

On Wednesday, Gen Rawat, after taking the tri-service guard of honour at South Block, said that he would work towards creating theatre commands for preparing the defence forces for future battles. He further added that there were methods of theaterisation and India did not copy from western methods. Gen Rawat said that India had its own systems. PM Narendra Modi Broke News to General Bipin Rawat About Appointment as First CDS.

Defence Ministry: The Chief of Defence Staff, General Bipin Rawat has issued directions that a proposal to create Air Defence Command be prepared by June 30, 2020. He also set out priorities for execution of synergy by June 30 and December, 31 2020. (File pic) pic.twitter.com/030GuSD4Na

Gen Rawat took charge as the CDS on January 1. He relinquished the post of Army Chief and handed over the charge to General Manoj Mukund Naravane. Last week, the defence ministry also amended the rules for the three forces- Indian Army, Indian Navy and Indian Air Force. According to the amended rules, CDS or tri-service chief will be able to serve till the age of 65. PM Narendra Modi made an announcement regarding the creation of the CDS post last year during his Independence Day address.