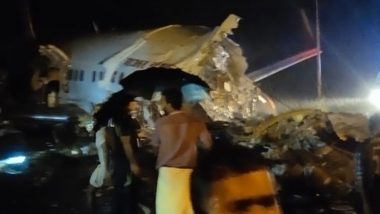 A day earlier, another top officer - Malappuram police unit chief Abdul Karim - was found to have contracted the lethal virus. The officials who are found infected so far have been quarantined.

The district medical officer told reporters that all the officials who tested positive were involved in the rescue operations at Karipur airport on August 7, after an Air India Express plane IX 1344 crash landed.

The flight, returning from Dubai, had 184 passengers onboard. The accident led to the death of 18 persons. Among those killed were pilot Captain Deepak Sathe and his deputy Akhilesh Kumar. Over 100 were left injured, with 85 among them being discharged on Wednesday.

The Centre announced an ex-gratia of Rs 10 lakh for the deceased. A same amount of compensation was announced for the families of killed victims by the Kerala government. The victims with serious injuries would be granted a compensation of Rs 2 lakh.

The Civil Aviation Ministry on Thursday announced the formation of a five-member panel which would be probing the reasons behind the fatal accident. The committee was granted five months to submit its report.

(The above story first appeared on LatestLY on Aug 14, 2020 04:02 PM IST. For more news and updates on politics, world, sports, entertainment and lifestyle, log on to our website latestly.com).