Air Quality in Haryana's Gurugram Slips to Very Poor, A Day After Dussehra 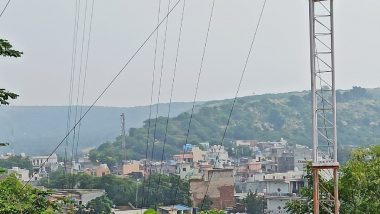 Gurugram, October 17: Gurugram's air quality slipped to very poor category, a day after Dussehra, with the city recording AQI at 308, as per Central Pollution Control Board (CPCB).

Despite this, the Graded Response Action Plan (GRAP) implemented by the Environment Pollution Control Authority (EPCA) from Friday is not being followed. According to the report of CPCB, the Sector-51 area of the city was the most polluted, recording AQI at 359 SPM and in that too, the average amount of PM2.5 particles were recorded up to 325 micrograms per household meter.

When PM2.5 level exceeds 50, it is considered injurious to health. According to India Meteorological Department forecast, as the temperature decreases in the coming days, the polluting particles will come to the surface and in that case, the pollution will increase further. AQI of the district on Friday was 195 SPM (Suspended Particulate Matter).

(The above story first appeared on LatestLY on Oct 17, 2021 04:34 PM IST. For more news and updates on politics, world, sports, entertainment and lifestyle, log on to our website latestly.com).