In yet another tragic incident involving an electric two-wheeler, a 40-year-old man has died after a blast occurred in an e-scooter belonging to Boom Motors while being charged at home. 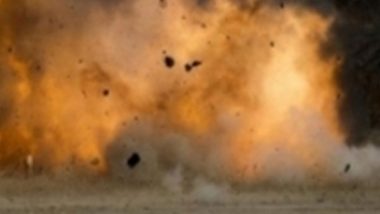 New Delhi, April 25: In yet another tragic incident involving an electric two-wheeler, a 40-year-old man has died after a blast occurred in an e-scooter belonging to Boom Motors while being charged at home.

According to multiple reports, the police registered a complaint under Section 174 of the Criminal Procedure Code (CrPC) against the EV maker and a notice was sent to the Boom Motors dealer that sold the e-scooter to Kumar.

Kumar, a DTP designer, had bought the e-scooter for nearly Rs 70,000 on April 22. The battery exploded within a day of purchase early on April 23, according to reports. Boom Motors was yet to respond to the deadly incident.

Ironically, the EV maker was among those selected under the government's automotive production linked incentive (PLI) scheme. To date, three Pure EV, one Ola, two Okinawa and 20 Jitendra EV scooters have caught fire in the country, raising burning questions about their safety.

The unabated deadly fires in the electric two-wheelers has shaken up the entire EV industry and its stakeholders, forcing the government to direct EV makers to immediately recall faulty batches that may trigger more such incidents.

Earlier, an 80-year-old man was killed and two others injured when the battery of a Pure EV electric two-wheeler exploded in their house in Telangana's Nizamabad district. Union Road Transport and Highways Minister Nitin Gadkari has warned EV makers that if any company is found negligent in their processes, "a heavy penalty will be imposed and a recall of all defective vehicles will also be ordered". Electric Two-Wheelers Catching Fire: Ola Electric Recalls 1,441 Units of Electric Scooters.

"We have constituted an Expert Committee to inquire into these incidents and make recommendations on remedial steps. Based on the reports, we will issue necessary orders on the defaulting companies," the minister said last week.

(The above story first appeared on LatestLY on Apr 25, 2022 10:34 AM IST. For more news and updates on politics, world, sports, entertainment and lifestyle, log on to our website latestly.com).