A special CBI court will pronounce its judgment in the Babri mosque demolition case on September 30. Here's a timeline of the case. 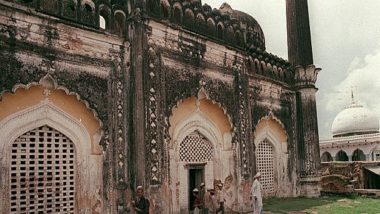 Ayodhya, September 16: A special CBI court will pronounce its judgment in the Babri mosque demolition case tomorrow, September 30. The verdict will be pronounced by special CBI court Judge SK Yadav. He will announce whether former deputy prime minister Lal Krishna Advani, BJP veterans Murli Manohar Joshi, Kalyan Singh, Uma Bharti and Vinay Katiyar, and other 27 accused were involved in the demolition of Babri Masjid on December 6, 1992. The Islamic structure on land, which Hindus considered to be the birthplace of Lorn Ram, in Ayodhya was brought down by "karsevaks". Here ate 10 points to know about the case. Ayodhya Verdict: Full Text of Supreme Court Judgment in Babri Masjid-Ram Janmabhoomi Title Dispute.

In the matter related to the title suits, the Supreme Court on November 9 last year granted the ownership of the 2.77 acres of disputed land in Ayodhya to the Hindus, paving the way for the construction of a Ram temple, and ruled that the Muslims will get 5 acres of land at an alternative site. On August 5 this year, Prime Minister Narendra Modi laid the foundation stone for the construction of the Ram temple on the site where once Babri mosque stood.

(The above story first appeared on LatestLY on Sep 29, 2020 05:26 PM IST. For more news and updates on politics, world, sports, entertainment and lifestyle, log on to our website latestly.com).