The Central Bureau of Investigation (CBI) has conducted raids at multiple premises belonging to AAP MLA Jaswant Singh and his family members in Malerkotla, Punjab, in connection with a bank loan fraud case. 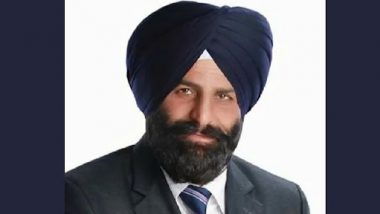 New Delhi, May 7: The Central Bureau of Investigation (CBI) has conducted raids at multiple premises belonging to AAP MLA Jaswant Singh and his family members in Malerkotla, Punjab, in connection with a bank loan fraud case.

As many as 90 blank cheques signed by different people were seized by the CBI, along with cash to the tune of Rs 16.57 lakh, around 88 foreign currency notes, some property papers, and other incriminating documents. The CBI raided the premises of Balwant Singh, Jaswant Singh, Kulwant Singh, Tejinder Singh and a privare firm, Tara Health Foods Ltd. Tajinder Bagga Faces Arrest Again? Mohali Court Issues Fresh Warrant For BJP Leader.

The searches followed after a case was registered on the complaint of Bank of India, Ludhiana, against Tara Corporation Ltd (renamed as Malaudh Agro Ltd), Gaunspura, Malerkotla, and others, including then directors and guarantors of the private company, another private firm and unknown public servants and private persons.

The borrower firm was sanctioned loans at four intervals from 2011-2014 by the bank. The firm through its directors had concealed hypothecated stock and diverted booked debts with malafide and dishonest intention so that the same were not made available to the creditor bank for inspection and for effecting recovery as secured creditor.

An alleged loss of Rs 40.92 crore was caused to the bank. The account was classified as NPA on March 31, 2014 and based on the anomalies, the account was declared as fraud on September 2, 2018 with an outstanding amount of Rs 40.92 crore. It was also alleged that the loan availed by the accused was been used for the purpose for which it was sanctioned.

(The above story first appeared on LatestLY on May 07, 2022 08:44 PM IST. For more news and updates on politics, world, sports, entertainment and lifestyle, log on to our website latestly.com).