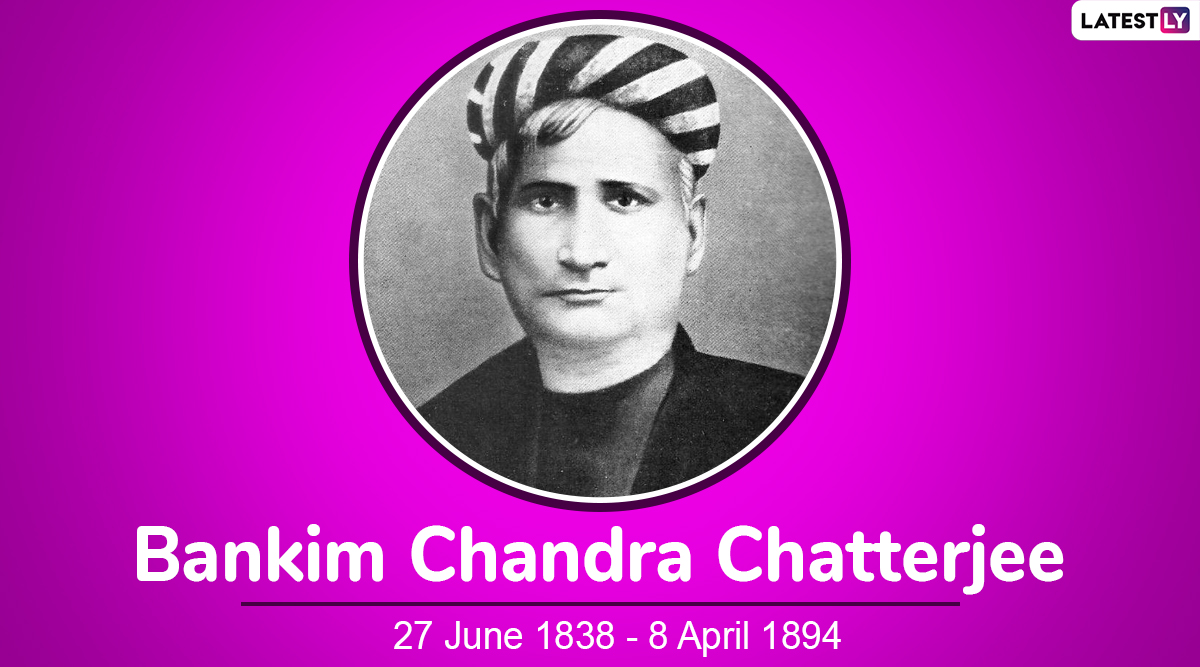 New Delhi, April 8: The nation on Wednesday remembered Bankim Chandra Chattopadhyay or Bankim Chandra Chatterjee, the author of the national song 'Vande Mataram' on his 127th death anniversary today. People of the nation paid tribute to the Bengali language’s pioneer and one of the most famous writers. He lit the eternal flame of revolution in the hearts of the masses of India through his writings. He died on April 8,  1894. Born on June 27, 1838, Chatterjee was an Indian novelist, poet and journalist. He was the composer of Vande Mataram, originally in Sanskrit stotra personifying India as a mother goddess and inspiring activists during the Indian Independence Movement. Vande Mataram Lyrics: Know Interesting Facts About the National Song of India, Written by Bankim Chandra Chatterjee (Chattopadhyay).

Vande Mataram, also pronounced Bande Mataram was originally a Bengali poem written by him in 1870s. This song had been published in the novel 'Anandamath' a Bengali fiction novel written by him in 1882. The poem was first sung by Rabindranath Tagore in 1896. The first two verses of the song were adopted as the National Song of India in October 1937 by the Congress Working Committee prior to the end of colonial rule in August 1947. The title 'Bande Mataram' means "I praise thee, Mother" or "I praise to thee, Mother".

Chattopadhyay wrote thirteen novels and many serious, serio-comic, satirical, scientific and critical treatises in Bengali. His works were widely translated into other regional languages of India as well as in English. He was born on 13th Ashard 1245, as per Bengali calendar.