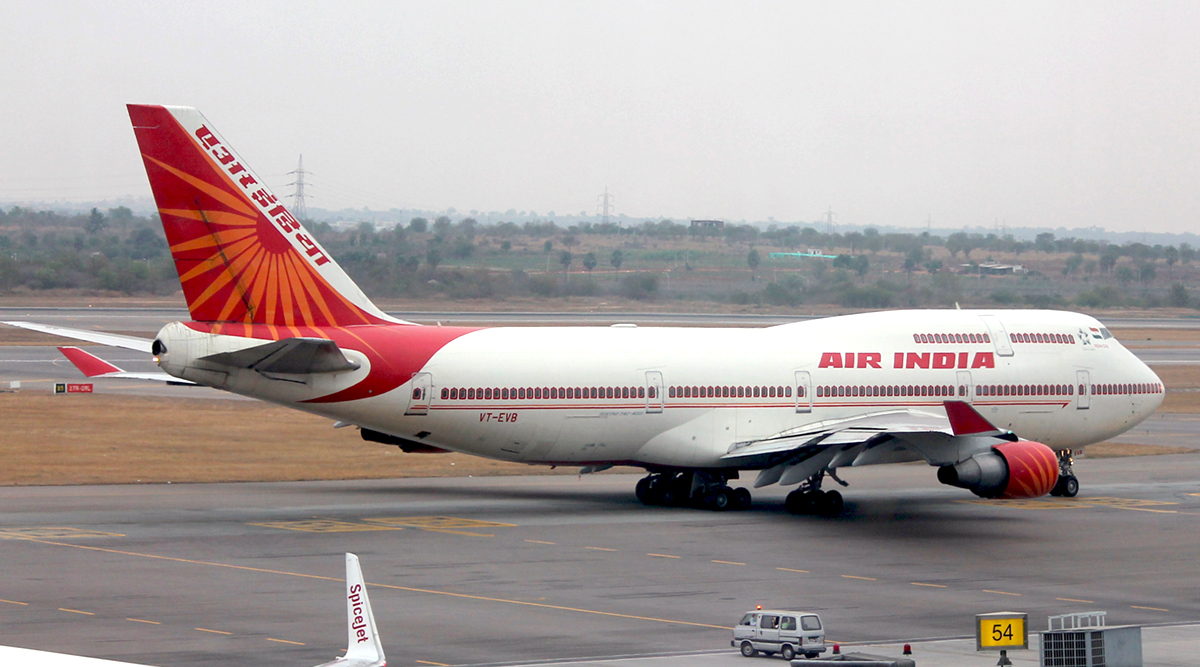 New Delhi, January 28: The Directorate General of Civil Aviation (DGCA) has approved the Air India flight to Wuhan for the evacuation of Indian citizens from the coronavirus hit Chinese city. Earlier ANI, quoting Air India (AI) officials, had reported that "Air India Boeing 747 is on standby for the evacuation of Indians from Wuhan (China). Carrier is waiting for the government decision. Coronavirus Scare in India Update: Health Ministry Sets Up Scanners at 13 More Airports, MEA Begins Evacuation Process of Indian Nationals From China, Here Are All The Details.

"Air India has currently four jumbo double-decker Boeing-747 aircraft on its fleet, and one of them has been kept on stand by for evacuation from Wuhan. "We have four Boeing 747 jumbo aircraft, which is ESO-Khajuraho, ESP-Ajanta, EVA-Agra and EVB-Velha Goa, and Airline has 15 commanders and 13 co-commanders for Boeing 747 aircraft.  Usually, 12 crew/air-hostess for domestic and 18 crew/air-hostess deploy for an international flight. Aircraft can carry passengers with baggage 41.5 tons, cargo 14.1 tons," an AI official told ANI.

However, B-747 aircraft has 423-seat capacity, in which 12 first-class seats, 26 business class and 385 economy class seats are configured.Following the outbreak of the deadly virus, China has imposed a lockdown in the city. However, the virus has spread to several other countries.The government sources further said: "At present, the aircraft is ready with all necessary resources like the team of doctors and paramedical staff with a sufficient number of masks for the passengers and cockpit and cabin crew.

Special aircraft is fully ready to fly for evacuation from Mumbai. The airline is awaiting the final nod of government, the airline sources said.Earlier, the Ministry of Health and Family Welfare said that the situation arising out of Novel Coronavirus outbreak in China is being reviewed regularly by the Ministry and the Cabinet Secretariat.

"Secretaries in Ministries of Health, External Affairs, Civil Aviation, Shipping, Defence, I&B and Member Secretary, NDMA are participating in reviews. Screening of passengers with travel history from China has been extended to 13 more airports, taking the total to 20," the Ministry said.

The Ministry further said the Ministry of External Affairs has made a formal request to China for facilitating evacuation of Indian Nationals from Wuhan."Ministry of Civil Aviation will make necessary arrangements for evacuation after approval of Chinese authorities. Indian Embassy in Beijing is in contact with Indians," said the Health Ministry in a statement on Tuesday.

External Affairs Minister S Jaishankar has said that the Indian Embassy in Beijing is in close contact with the Chinese government in order to facilitate the evacuation of the Indians, mostly students, from Wuhan by sending a plane due to coronavirus outbreak.

"Our Embassy is in contact with the Chinese government. We are trying to evacuate people, most of whom are students, from Wuhan city by sending a plane. Efforts are on. I can assure you that the Government of India is working on it and very soon some solution will be found," Jaishankar told reporters in Vadodara.

The toll from the deadly coronavirus rose to 80 in China with 2,744 confirmed cases of the disease reported from the country on Monday. Coronaviruses are a large family of viruses that cause illness ranging from the common cold to more severe diseases such as Middle East Respiratory Syndrome (MERS-CoV) and Severe Acute Respiratory Syndrome (SARS-CoV). Coronavirus Outbreak in China: MEA Begins Evacuation Process, Asks Indian Nationals to Submit Passport Details at Beijing Embassy.

China has imposed quarantine and travel restrictions, affecting the movement of 56 million people in more than a dozen cities, amid fears that the transmission rate will accelerate as hundreds of millions of Chinese travel for the Lunar New Year. India's Civil Aviation Ministry has also opened health camps at seven Indian airports across the country to screen passengers arriving from China as well as Hong Kong.