The India Meteorological Department (IMD) on Wednesday issued an alert for the formation of Cyclone Jawad, which may hit the coasts of Andhra Pradesh and Odisha on December 4 morning. 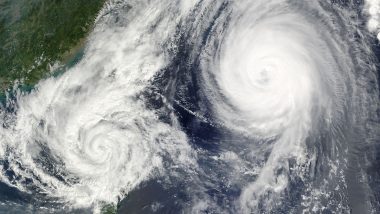 Kolkata, Dec 2: The India Meteorological Department (IMD) on Wednesday issued an alert for the formation of Cyclone Jawad, which may hit the coasts of Andhra Pradesh and Odisha on December 4 morning.

The cyclone is likely to trigger heavy to very heavy rainfall in almost all the districts of south Bengal.

Accordingly, the West Bengal government has issued warning to the farmers to reap and bind the corn that is still lying on the fields, because the severe rainfall might cause heavy damage to crops.

According to an alert issued by the state government, heavy to very heavy rainfall is likely to occur on December 4 and 5 in several districts of the state, including Kolkata, South and North 24 Parganas, East and West Midnapore, Howrah, Hooghly, Nadia and Jhargram.

The met department also predicted that the temperature will rise gradually in all these districts.

A low depression in southern Thailand is gradually gathering strength to form a severe cyclonic storm. It is likely to enter the Indian territory through the South Andaman Sea before making a landfall between Odisha and Andhra coast on the morning of December 4.

The met department has also predicted that the sea will be rough along the coast of Bengal. On Saturday morning, the wind speed on the coast is likely to be around 75 to 80 kmph. The met department has warned the fishermen not to venture into the sea from Friday to Sunday. Those at sea have been instructed to return by Thursday evening.

(The above story first appeared on LatestLY on Dec 02, 2021 08:36 AM IST. For more news and updates on politics, world, sports, entertainment and lifestyle, log on to our website latestly.com).