At least 13 people were injured after a gas cylinder exploded at a house in outer Delhi's Mangolpuri area, fire officials said. 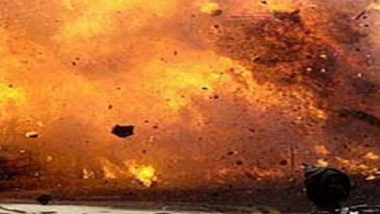 A fire official said that the fire department received a call about the cylinder explosion following which three fire tenders were rushed to the spot. Gas Cylinder Explosion in Uttar Pradesh, 8 Dead.

The fire was doused within an hour, the official said. He further said that there was no casualty.

Thirteen people who sustained injury were admitted to the hospital. The fire official said that the cylinder exploded due to leakage.

(The above story first appeared on LatestLY on Jun 20, 2021 08:58 AM IST. For more news and updates on politics, world, sports, entertainment and lifestyle, log on to our website latestly.com).