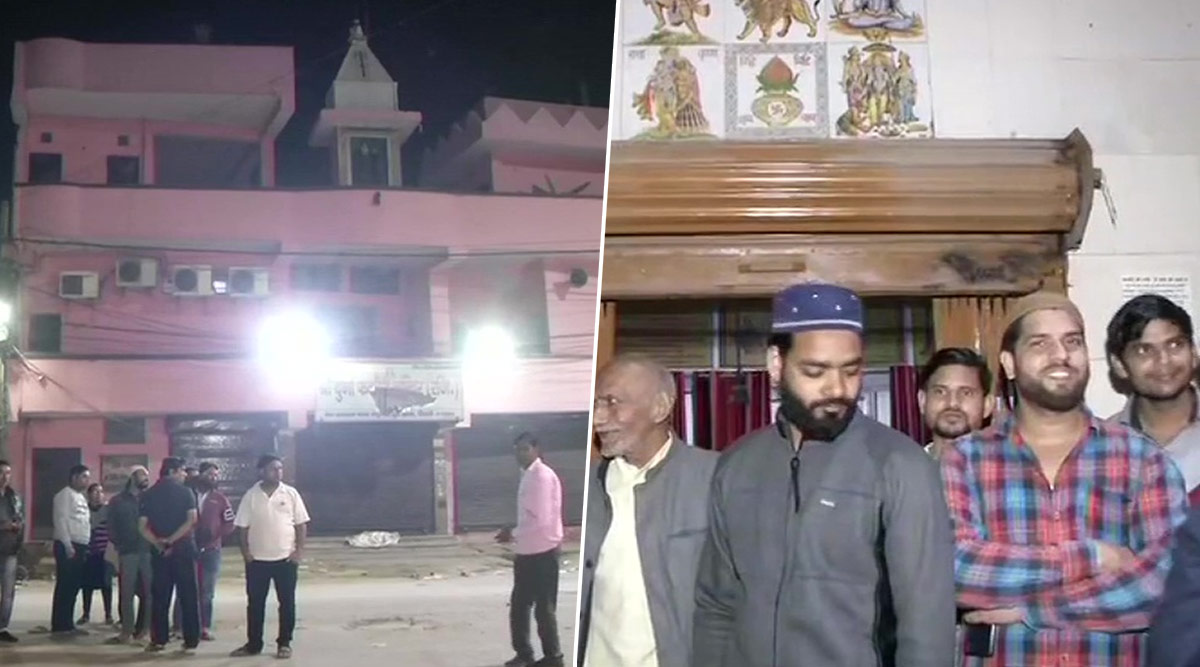 Many residents of Chand Bagh also sustained injuries as rioters pelted stones. One of the locals of the area, Asif said, “We formed a human chain and didn't let the rioters step forward. Many of us suffered injuries after rioters pelted stones. But we didn't let them step forward.” He added that the temple was their pride and a symbol of prestige, so both Hindus and Muslims protected the temple together. The temple is around 35 years.  Tahir Hussain, AAP Councillor Accused in IB Official Ankit Sharma's Murder, Suspended From Party's Primary Membership.

Delhi: Locals in Chand Bagh area of #NortheastDelhi say that they formed a human chain to protect Sri Durga Fakiri Mandir in the area when violence broke out. Om Prakash, temple's priest says "Locals - both Hindus & Muslims were alert. They saw to it that no outsider comes here." pic.twitter.com/SLl8clBGEC

The violence erupted in North East Delhi on Sunday after pro and anti-Citizenship Amendment Act (CAA) groups clashed with other in Jaffrabad area. The anti-CAA protesters had settled down about a km away, at Jaffrabad metro station, while the pro-CAA groups assembled at Maujpur metro station. Other areas of North-East Delhi which witnessed violence, include Kardampuri, Dayalpur, Bhajanpura and Gokulpuri.

At least 38 people lost their lives in the fatal clashes, while over 200 people sustained injuries. Delhi police on Thursday formed two Special Investigation Teams to probe the matter. The case has also been transferred to the crime branch.