Wood Mackenzie research analyst Qiaoling Chen said: "Although nationwide LPG coverage has reached 98 per cent, up 42 per cent from 2014, usage is still low. Average annual cylinder refills have not kept up with the pace of new connections, with average consumption remaining below the benchmark of 12 cylinders." 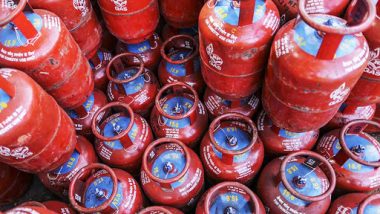 New Delhi, October 6: India is expected to overtake China as the world's largest cooking gas LPG residential sector market by 2030, Wood Mackenzie said on Tuesday. "Liquefied petroleum gas (LPG) demand in the residential sector will continue to see sustainable growth at a cumulative annual growth rate (CAGR) of 3.3 per cent, reaching 34 million tonnes (MT) in 2030 as households' dependence on solid biomass diminishes in the long run supported by rising average household incomes and urban population," it said in a report.

The Direct Benefit Transfer of LPG (DBTL) gives out subsidies to the vulnerable population, while the Pradhan Mantri Ujjwala Yojana (PMUY) provides families living below the poverty line access to free LPG stoves.

Wood Mackenzie research analyst Qiaoling Chen said: "Although nationwide LPG coverage has reached 98 per cent, up 42 per cent from 2014, usage is still low. Average annual cylinder refills have not kept up with the pace of new connections, with average consumption remaining below the benchmark of 12 cylinders."

Even with subsidy and the initial cost of set-up covered by the government, LPG is more expensive than biomass. Still, the Indian government is committed to roll out plans to further address affordability and infrastructure challenges in the LPG sector.

These include smaller-size LPG cylinders which reduce upfront cash payment required for each refill, more LPG distributors as well as the 'Give it Up' campaign where households can voluntarily give up their LPG subsidies from the DBTL scheme to benefit lower-income families.

Chen said: "Assuming the government continues to subsidise residential LPG throughout the decade, total subsidy for LPG could reach USD 5.7 billion annually by 2030. By then, it will overtake China as the world's largest LPG demand centre for the residential sector."

However, the lack of infrastructure continues to restrain piped natural gas (PNG) penetration in areas outside of top tier cities and retail PNG prices continue to be at a premium to subsidised LPG prices, making PNG a less attractive alternative to LPG before 2030, Wood Mackenzie said.

Wood Mackenzie senior analyst Vidur Singhal said: "Between 2020 and 2030, PNG demand will primarily be from urban households in tier I and tier II cities awarded under CGD bidding rounds. City gas companies will increase PNG connections and its related infrastructure, which typically takes five to eight years to construct and commercialise fully."

"In addition, growing LPG demand in the residential sector requires more subsidies, which will increasingly become a huge burden for the government," Singhal said adding it is likely that subsidies will taper off over time, as growing income allows more households to pay the unsubsidised price.

The combination of ready PNG infrastructure and less policy support for LPG help to support PNG demand growth post-2030. "We expect PNG demand in India's residential sector to grow at a CAGR of 12.7 per cent, reaching 2.5 billion cubic metres (bcm) by 2030 from 0.8 bcm currently," Singhal said.