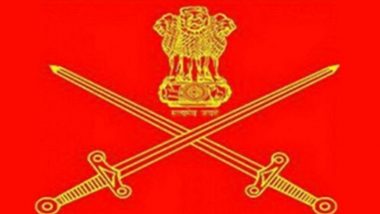 New Delhi, August 15: Indian Army dogs Vida and Sophie awarded the Chief of Army Staff 'Commendation Cards' on the 74th Independence Day this year, for their role in different operations. Commendations Cards are given to dogs for good performance while performing the duty.

In December last year, in a bid to increase the operational capabilities of its troops, the Army has developed an audio-video surveillance system integrated with a protective bulletproof jacket, which can be mounted stealthily on the Army dogs to receive information about location and strength of enemy from a safe distance. Independence Day 2020: Goa CM Pramod Sawant Urges Citizens to Work Towards 'Atma Nirbar Bharat'.

Equipped with the gadget, the Army dogs can spy on the enemy location from close quarters. The camera and transmitter send the information on the receiver that can be at a safe distance up to one-km from the enemy location.n"The Silent Warriors" as the Army dog unit is fondly called have indeed proven to be an asset for the security forces. They are truly the warriors India needs to stay safe.