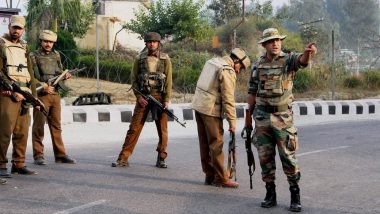 He said a civilian was injured in the firing and he has been taken to a hospital. Jammu and Kashmir: 2 Hizbul Mujahideen Militants Killed in Encounter in Nawakadal.

There are no reports of injuries to any police personnel, the official said, adding the area has been cordoned off and a hunt launched to nab the attackers.