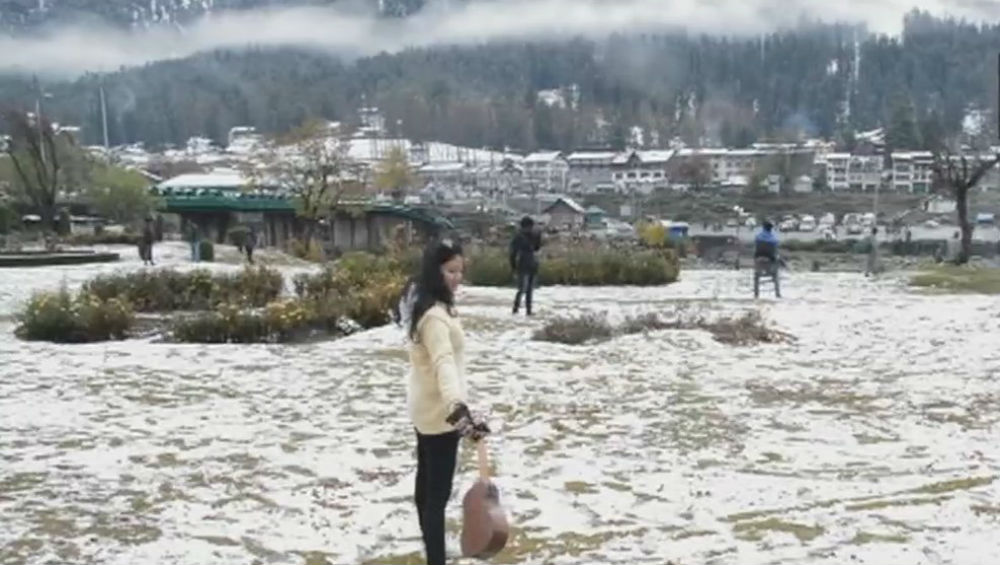 Gulmarg, Pahalgam and Sonamarg got covered in thick white blanket, thanks to the snowfall | (Photo Credits: ANI)

New Delhi, February 13: The Bharatiya Janata Party-led Union government is planning to offer around 6,000 acres of land in the Valley with an aim to woo businesses ahead of the Investment Summit in April-May 2020. The decision is likely to affect the business sector in the Valley.

According to a report published in the global news agency Reuters, the Union government is mulling to offer land, along with tax breaks and insurance cover, so that businesses in the Valley can help boost employment. The report has been confirmed by the region's Commissioner Secretary in charge of industry and commerce Manoj Kumar Dwivedi. Jammu and Kashmir: Batch of 25 Envoys Reaches Valley to Witness Ground Situation After 6 Months of Article 370 Abrogation.

Adding more information, the report claims the area that is being mulled for business is one of India's least industrialised regions. Apart form this, the areas has a per capita income of 62,145 in 2016-2017, which was quite low than the national average of Rs 82,229. The most interesting part of the place is to offer over 1,300 acres of land in the scenic Kashmir valley.

With the new plan in place, investors in the Valley are hoping that employment to over one lakh people can be given. Thinking of the business development in the Valley, the government would consider providing security and higher insurance cover to comfort investors. Meanwhile, the hope for investment on the Valley might feel the heat as Article 370 was lifted by the government on August 5, 2019.