The Ministry of Law and Justice on Wednesday transferred Justice S. Muralidhar of the Delhi High Court to the Punjab and Haryana High Court. President Ram Nath Kovind approved the transfer of Justice Murlidhar after consultation with Chief Justice of India SA Bobde. 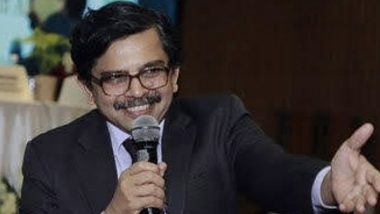 Justice Muralidhar was part of a two-member division bench of the Delhi High Court, that heard a petition by activist Harsh Mander in connection with the ongoing violence in North East Delhi on Wednesday. The bench also comprises Justice Talwant Singh. Now, Justice Muralidhar could not hear the case. Initially, the petition was listed for hearing before the Chief Justice's Bench. Delhi HC on Violence: From Setting Up of Helpline Numbers to Pulling Up Police & Directing CBSE to Reschedule Exams in North-East District.

As Chief Justice's Bench as well as the Bench of the second senior-most Judge of the High Court, did not assemble today, so the matter before Justice Muralidhar for urgent hearing. The bench directed Delhi police to register cases against those involved in delivering hate speeches. The Delhi HC in its direction said that police should examine speeches made by four Bharatiya Janata Party (BJP) leaders to ascertain whether FIRs must be filed against them.

On Wednesday, Justice Muralidhar had also passed a series of orders with regard to the violence in North-East Delhi and said that "another 1984-like situation cannot be allowed to happen in the city under its watch." As many as 27 people have lost their lives while over 200 have been injured after clashes between pro and anti-CAA protesters turned violent in North-East Delhi.

(The above story first appeared on LatestLY on Feb 27, 2020 12:34 AM IST. For more news and updates on politics, world, sports, entertainment and lifestyle, log on to our website latestly.com).