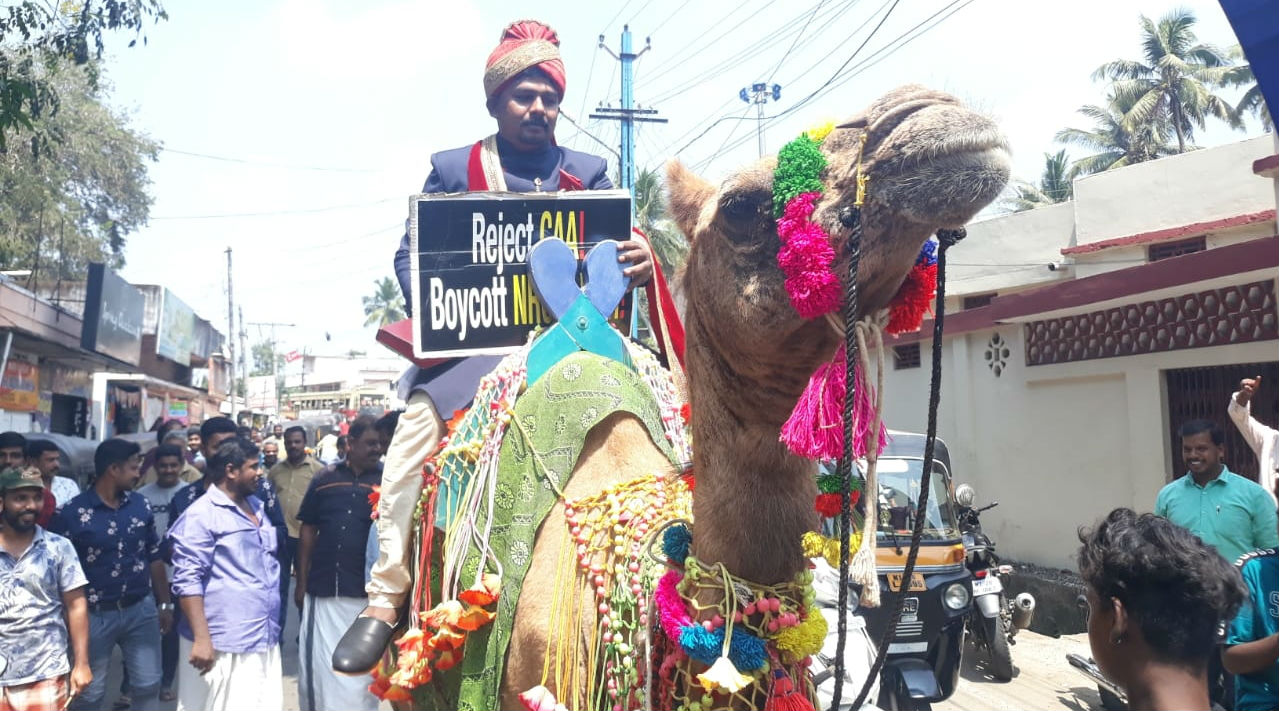 Thiruvananthapuram, Feb 11: In a unique form of protest against the Citizenship Amendment Act (CAA), a bridegroom in Kerala, Haja Hussain, came for his wedding ceremony riding on a camel holding an anti-CAA poster in his hands, on the outskirts of the capital city on Monday.

Accompanied by a large crowd mostly comprising his friends and relatives, Hussain carried a placard which read 'Reject CAA, Boycott NRC and NPR' as he arrived at the wedding hall in Vazhimukku, about 20 km from here, on a camel back. Hussain said that he choose to do this to express his protest against the CAA. Anti-CAA Agitation: '66 Protests, 99 Arrests, 11 Cases Registered in Delhi', Says MHA in Lok Sabha.

"Along with the 'Meher' (the custom where the groom hands over gold or money to the bride), I also gave a copy of the Constitution. CAA should be rejected," said Hussain, who is a local businessman.