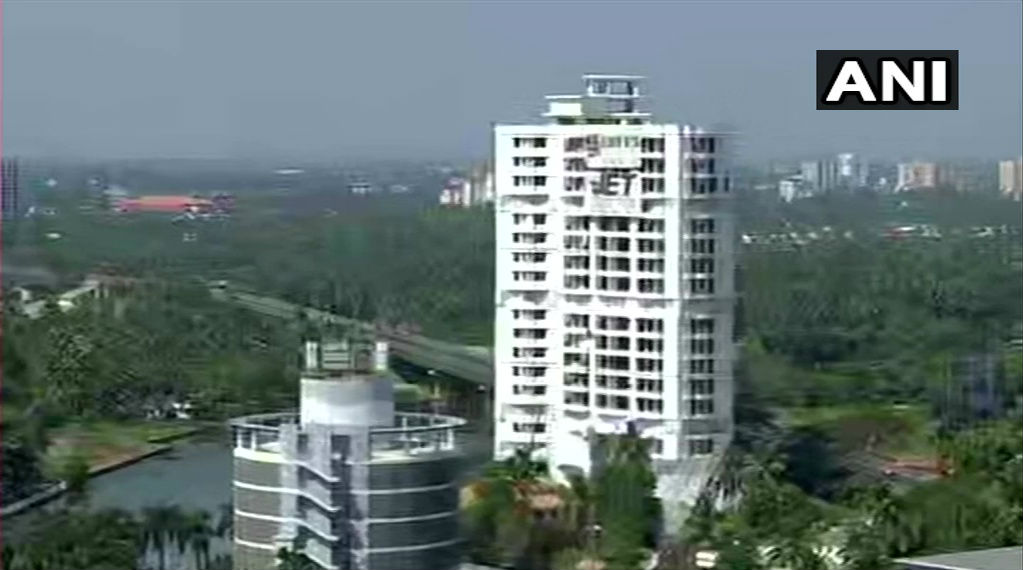 Kochi, January 11: Two out of four illegal residential apartments in Kerala's Maradu are scheduled to be demolished in a gap of 5 minutes on Saturday. The 19-floor H2O Holy Faith apartment complex with 90 flats and the Alfa Serene complex with twin towers will be demolished at 11 am and 11.05 am using implosion technology. The buildings are being razed for violating the Coastal Regulation Zone (CRZ) rules.

The directions in this regard were passed by the Supreme Court last year.The court has also ordered the state government to pay interim compensation to each flat owner Ahead of the demolition of two out of four illegal residential apartments in Kerala's Maradu, prohibitory orders have been put in place on both land, air and water in the area.

The district administration has imposed Section 144 of the Code of Criminal Procedure (CrPC) in the 200-meter radius of the apartment complexes. The orders came into effect at 9 am and it will continue till the authorities conduct an inspection and declare the place safe for people to return.Half an hour before the implosion, which is scheduled for 11 am, a first siren was sounded for one whole minute.

The siren will warn people and ensure that they have left the demolition zone. A police team will then search the evacuation area. At 10.55 am, another one-minute siren will alert motorists and all traffic movement on major roads will be stopped. Following this, the flats will be razed down.