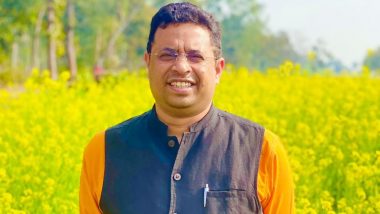 KK died on late Tuesday evening after his performance at Nazrul Manch in South Kolkata.

Hinting at some kind of conspiracy to hush up the actual reason behind KK's demise, Khan in his letter to Shah, has specially referred to the presence of senior Trinamool Congress leaders in the premises of state-run SSKM Medical College & Hospital, on Wednesday afternoon, while the post-mortem of KK's body was going on. KK Dies at 53: Armaan Malik Shares How Concerts in India Need Better Management and Medical Facilities.

Khan has raised six questions in his letter, the first being why a gathering of 7,000 people was allowed at Nazrul Manch, which had a sitting capacity of only 3,000. Khan has also questioned the extent of police deployment at the venue during KK's performance.

"Did the event organisers inform the local police station about the details of the event?" questioned Khan in his letter to the Union Home Minister.

He also asked whether the executive engineer of Nazrul Manch had submitted any report after the event.

While raising questions on the presence of Trinamool Congress leaders at the state-run hospital while the post-mortem was taking place, Khan has also asked why the leader of the opposition in West Bengal Assembly, Suvendu Adhikari was denied permission to enter the same hospital premises.

Pointing out the allegations of non-functioning of the air-conditioning machines at Nazrul Manch, Khan questioned why the permission for the event was granted if these machines were non- functional.

(The above story first appeared on LatestLY on Jun 02, 2022 06:52 PM IST. For more news and updates on politics, world, sports, entertainment and lifestyle, log on to our website latestly.com).