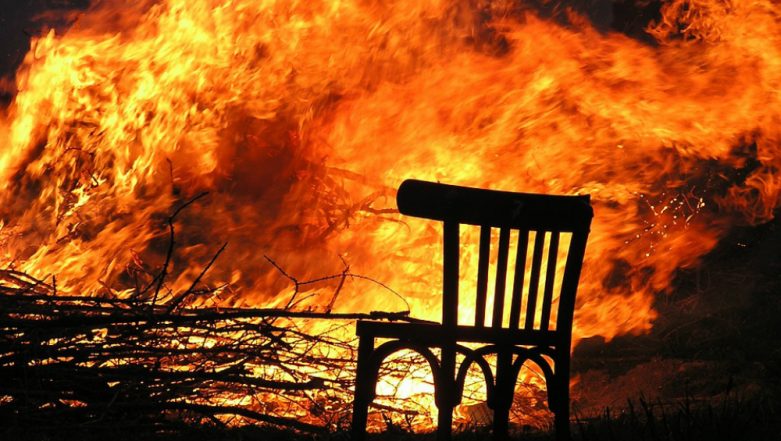 Image used for representational purpose only

Satna, July 23: In a shocking incident, a Dalit woman was burnt alive in Madhya Pradesh's Satna district. The incident took place on Monday at Ginjara village. The miscreants attacked a woman with flammable material. She was later admitted to hospital, where succumbed to injuries during treatment. A police case has been registered. Woman Burnt Alive in Unnao District of Uttar Pradesh, Dies.

According to the police, there was a dispute between the victim, identified as Anuradha (34), and the villagers about the land. The dispute increased to such extent that villagers first destroyed her farm and later burnt her alive. Till the time Anuradha was admitted to hospital, she had suffered 90 per cent burns.

Madhya Pradesh: A woman was burnt alive in Ginjara village of Satna, yesterday. Police say,'A fight broke out between groups over a land dispute yesterday. Investigation is being conducted.' pic.twitter.com/BEs0zUq9jo

Gravely wounded by the fire, she died during treatment. Police officer Manoj Soni said that a case has been registered based on the complaint of victim's family. A search operation has been launched to nab the accused.