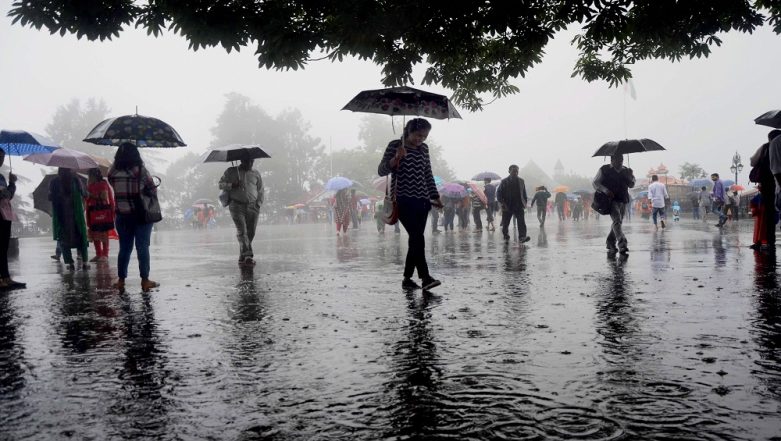 Nagpur, September 6: Several regions in Maharashtra, especially Nagpur and Vidharba are set to receive heavy rainfall on Saturday. The  District Collector of Nagpur announced that all schools and colleges in the district will remain closed on Saturday. According to a tweet by ANI, a holiday has been declared in all schools and colleges in Nagpur in view of heavy rainfall forecast. The District Information Officer, Nagpur said that as IMD has declared 'red alert' of extremely heavy rainfall in Nagpur and Vidarbha region, the proposed visit of Prime Minister Narendra Modi's to Nagpur on September 7 has been postponed.

The Prime Minister was to inaugurate a new segment of Nagpur Metro and some other projects during his visit to Nagpur. A press release by Maha Metro, which is executing the metro project, said that due to the heavy rain forecast by the Meteorological Department, the Prime Minister’s visit to Nagpur on September 7 has been cancelled.

According to a weather bulletin by the India Meteorological Department (IMD) has predicted that isolated places over Vidarbha, Odisha and Central Maharashtra are likely to receive heavy rainfall. on Saturday. The weather forecasting agency has also predicted heavy downpour over Konkan, Goa and Telangana. "Heavy to very heavy rainfall at a few places with extremely heavy falls at isolated places very likely over Konkan, Marathawada, Coastal Karnataka and Kerala", the IMD said in its forecast for Saturday.

Meanwhile, private weather agency Skymet Weather, in its forecast said that places including Nagpur, Chandrapur and several areas in Maharashtra will see moderate to heavy rains and scattered light rains are likely over Madhya Maharashtra and Marathwada.