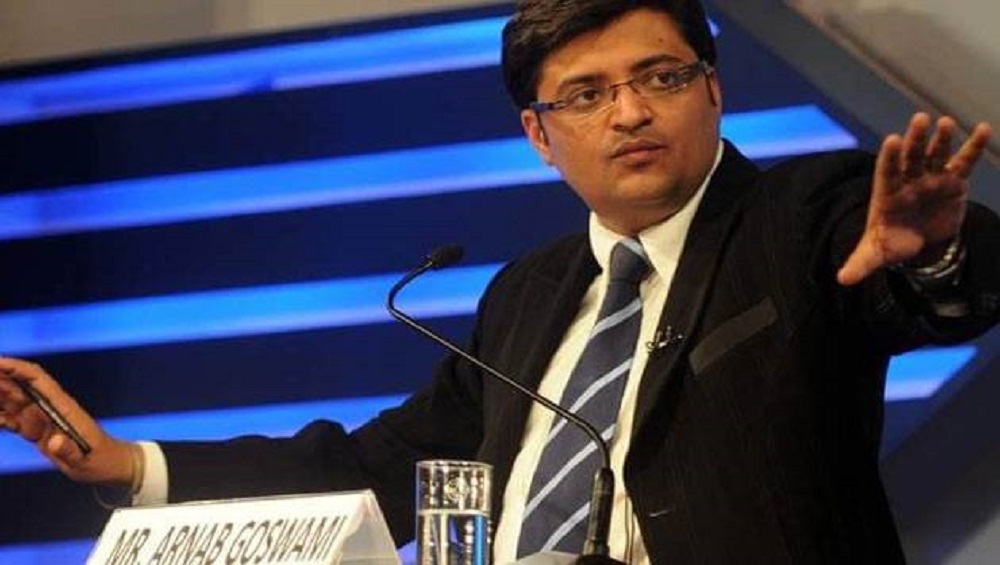 New Delhi December 9: The News Broadcasters Federation (NBF), the country's largest association of over 78 news channels, has elected editor-in-chief of Republic TV Arnab Goswami as the President of its governing board.

The body of 78 news channels in 14 languages, representing broadcasters from 25 states, met on Saturday to finalise modalities of a self-regulatory organization - News Broadcasters Federation Authority - to bring in transparent self-regulation on content, a statement said.

The new self-regulatory organization is scheduled to be announced officially by the end of January 2020, it said. The biggest ever congregation of regional news broadcasters represents their combined interests and perspectives on matters related to the news broadcasting industry, the statement said. It said the members unanimously elected Arnab Goswami, Managing Director and EIC of Republic TV, as the new President of NBF's Governing Board.

"I am grateful for the trust and confidence shown in me by the largest ever group of broadcasters in India. NBF is a game changer and its incredible how so many channel owners and top executives have come together so quickly to make NBF happen." Goswami said on being elected as the President of NBF.

"For far too long a clutch of Delhi-based channels have falsely claimed to represent Indian broadcasting. NBF will change that, for good," he said.

The members also elected four vice-presidents, namely Jagi Mangat Panda, co-founder of Ortel Communications; Shankar Bala of Fourth Dimension Media;  Sanjive Narain, Chairman and Managing Director of Prag News, and Kartikeya Sharma of ITV Network, who will be part of the governing board.

"This is one of the best moves that have been made with all of us together and thinking that in the broadcasting industry, it will be a big step," said Riniki Bhuyan Sharma, Chairman and Managing Director of Pride East Entertainment, a regional broadcaster from the Northeast.

"Earlier, we were not heard in Delhi. Now we are an association where we can reach out in Delhi and sort out our problems," he said.

The members also unanimously named R. Jai Krishna, a former journalist and public policy specialist in the media sector, as the first Secretary-General and Executive Director of NBF, the statement said.

R. Jai Krishna has over two decades' experience in the news media industry. He will run the secretariat being set up in New Delhi, given the proximity to government ministries, concerned departments and industry regulators, the statement said.

"I am more than happy to represent the aspirations of regional news broadcasters and resolve their common issues to make regional news industry more sustainable," R. Jai Krishna said on his appointment.

NBF, the largest-ever federation of news channels representing both national and regional news broadcasters, was formed in July this year by bringing together 50 news channels.

Angad Deep Singh, Director of Chandigarh-based Living India News said NBF was set up because the regional players wanted "someone who could be our voice in the the nation".

Sukhdev Singh Ghuman, Chairman of Digiana Industries, one of the largest

MSOs based in Indore, Madhya Pradesh, said, "After forming NBF everyone is coming together. There are so many people who are interested and are joining NBF. They are enthusiastic”.

Prior to the Board meeting, the members met Minister of Information and Broadcasting Prakash Javadekar and presented their first set of memorandum.

The Minister urged NBF and its members to form a strong self-regulatory mechanism, while recognizing the importance of regional news channels.    The statement said the "President of NBF will steer a focused group in formation of the self-regulatory body – News Broadcasters Federation Authority - which will create new standards for news broadcasting and address any violation through a committee of editors from within the federation".

The self-regulation mechanism will be led by a chairman and four independent eminent persons, and another four editors. The members of NBF also finalised members of three issue-specific committees – Public Policy, Distribution, and Finance – by electing among the members through a mode of consensus.