Nirbhaya Rape And Murder: Hearing on Issuance of Death Warrant to 4 Convicts & Execution Adjourned Till December 18 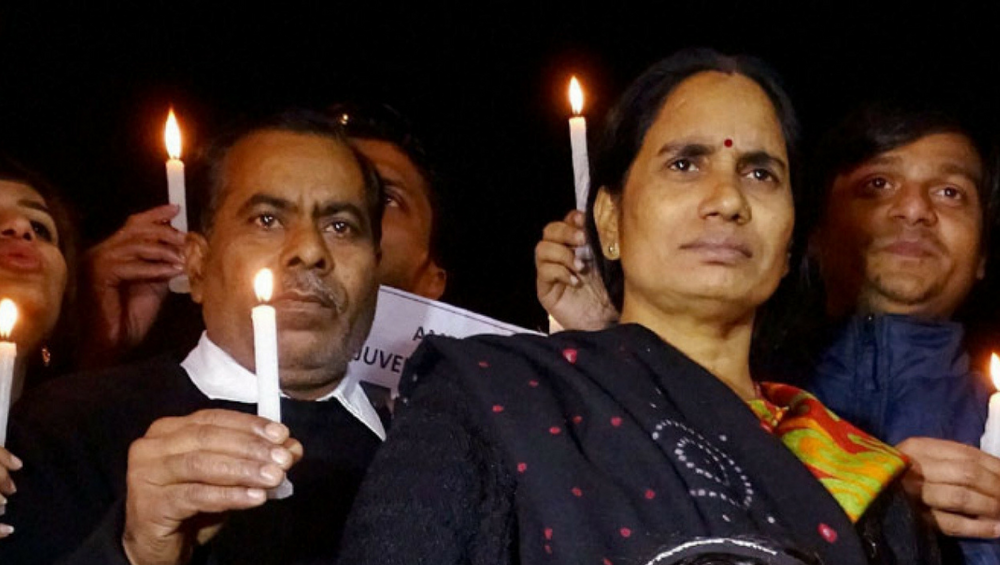 New Delhi, December 13: Arrangements are being made for the execution of all the four convicts in the Nirbhaya rape and death case. Earlier there were reports that the execution of the convicts will take place on December 16, but the Additional Sessions Judge Satish Kumar Arora has adjourned the hearing on the plea of Nirbhaya's parents seeking issuance of death warrant and execution of all convicts, till December 18.

According to an ANI tweet, Asha Devi, mother of 2012 Delhi gang-rape victim said, "When we have fought for seven years, we can wait for another week. On December 18, their (convicts in the case) death warrant will be issued." Nirbhaya Rape And Murder: 4 Convicts to be Hanged at the Same Time in a First at Tihar Jail.

Asha Devi, mother of 2012 Delhi gang-rape victim: When we have fought for 7 years, we can wait for another week. On 18 December, their (convicts in the case) death warrant will be issued. https://t.co/M3BSNvIw6g pic.twitter.com/BZB2hnJeh4

For the first time in the history of the jail, all the four convicts will be hanged at the same time. They will be hanged simultaneously from the same gallows.  A new technique is being tested to allow four nooses to be fitted on to the existing gallows.

Earlier in the day, AP Singh, advocate for the convict in 2012 Delhi gang-rape case said, "When those sitting in Parliament say that these kinds of criminals should be shot dead, it's disrespect of the Constitution. Can anyone guarantee that after these convicts are hanged atrocities against women, rape cases will stop?

The horrific incident occurred in December 2012, where six people were convicted for raping and murdering the young paramedical student in a moving bus. The young girl was on her way back home when she was gang-raped. The incident had sparked nationwide protests and outrage.