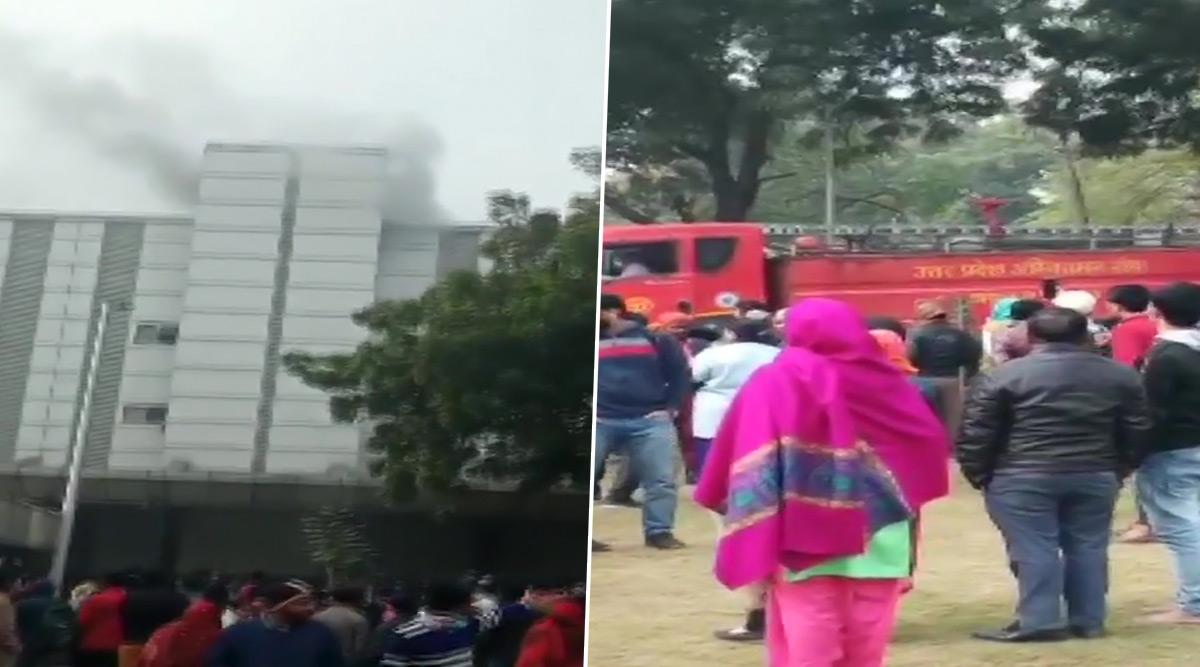 New Delhi, January 9: Fire broke out in Noida's ESIC Hospital on Thursday morning. All the patients have been safely evacuated from the hospital, said reports. The reason for the fire has not yet been ascertained yet. Fire tenders have been rushed to the spot. The fire-fighting operations are underway. Several people were seen standing outside the hospital as the fire broke in the hospital. The authorities said that they are taking all necessary steps to douse the fire. The hospital authorities are yet to issue a statement on the fire.

Authorities are trying to understand what caused the fire. The hospital where fire broke out is located in Noida Sector-24. Six fire tenders are at the spot fighting the fire, said reports. More details are awaited.