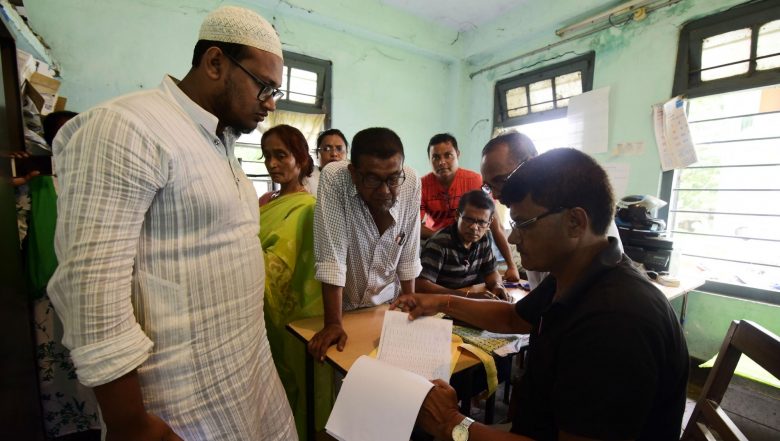 Another FIR was also registered against the state coordinator in Guwahati. Majumdar has accused Hajela of conspiring to intentionally exclude Bengali Indians from the NRC. "The name of my mother, brother and his family were in the final list but my name, along with my family did not figure. How can that be? If my mother's name is in the list, what is the problem with having my name in the list?" Majumdar said.

He said that similarly several Bengali Indians have been left out of the final list. "I visited the NRC centre a lot of time to submit document but our names were not included in the draft list. So I mailed all the necessary documents to the NRC coordinator through the post. But that was to no effect," he added. Over 19 lakh people were excluded from the final NRC list that was published on Saturday. NRC Final List 2019: What Next For Assam Residents Whose Names Not Included in National Register of Citizens.

However, those excluded can still apply to the designated Foreigners' Tribunals within 120 days for their cases to be heard. "A total of 3,11,21,004 persons are found eligible for inclusion in final NRC, leaving out 19,06,657 persons, including those who did not submit their claims," NRC State Coordinator Prateek Hajela had announced when the final list was published. The list is aimed at segregating Indian citizens living in Assam from those who had illegally entered the state from Bangladesh.