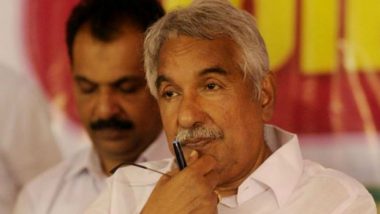 Chandy said he is leaving for Delhi on Sunday and the meeting with Gandhi will take place the next day. "The talks are basically meant to strengthen the party in Andhra Pradesh," said Chandy. Sake Ailjanath Appointed as Congress State President for Andhra Pradesh.

Chandy has been the AICC general secretary in charge of Andhra Pradesh for a while and his previous attempts to break the ice with former Congress leader and present Chief Minister Y.S. Jagan Mohan Reddy failed to yield any positive result. Chandy was close with his father and former CM, the late Y.S. Rajesekhera Reddy.

(The above story first appeared on LatestLY on Jul 22, 2021 12:54 PM IST. For more news and updates on politics, world, sports, entertainment and lifestyle, log on to our website latestly.com).