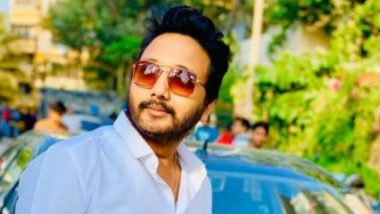 Ace writer-producer and content director Shobhit Sinha who is a prominent name in the Television industry has added another feather to his cap. The writer has recently come on board as a voice-over artist for an animated by one of the leading Indian TV channels.

Best known as a comic writer for shows like Comedy Nights Bachao, Comedy Circus, Bigg Boss special episodes, Comedy Dangal, Entertainment Ki Raat among others, Shobhit is now trying his hands on something different and the makers of the animated show are already in love with him.

Sharing the story behind coming on board as a voice-over artist, Shobhit says, “When I narrated the scripts of an animation show which I am writing, the makers selected my voice as a voice-over for the lead character. According to them, they could not find a similar voice elsewhere. So it’s my first show where I am giving voice over, but I will continue doing this as I am enjoying it”.

Being one of the youngest lead writers and content directors of the television industry, Shobhit is also working on feature films and Web Shows which are yet to be announced.

Ruling over all three content platforms with his impeccable writing skills and content direction, Shobhit is leaving no stone unturned in proving his versatility.

Shobhit is also a proud owner of SYAAHITYIK PRODUCTIONS, which is the first-ever writers’ company including 21 writers and is the content hub giving guarantee for Sureshot TRP’s.