No AIR station is being closed anywhere in any state, Prasar Bharati said in a statement on Wednesday. 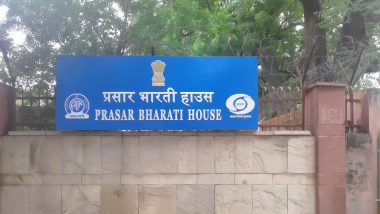 "All AIR stations will continue to originate local programming in line with linguistic, socio-cultural and demographic diversity furthering the mission of AIR to nurture local talent," Prasar Bharati said. The clarification came after some reports claimed that Prasar Bharati may shut some stations. Dismissing these reports, Prasar Bharati revealed its plans to expand the All India Radio (AIR) network with the addition of over 100 new FM radio transmitters across the country. Prasar Bharati Signs MoU with Electronics and IT Ministry to Launch 51 Education TV Channels.

Prasar Bharati is moving ahead with its plans to strengthen the Akashvani, All India Radio, AIR Network with several key projects ready for implementation during 2021-2022, expanding its network with more than hundred new FM radio transmitters across India, according to the statement.

Additionally, Prasar Bharati said it is moving ahead with its plans to introduce Digital Terrestrial Radio in India and is in an advanced stage of testing Digital Technology options for FM Radio and a standard for the same will be finalised soon to herald the rollout of Digital FM Radio in India.

(The above story first appeared on LatestLY on Jan 13, 2021 03:36 PM IST. For more news and updates on politics, world, sports, entertainment and lifestyle, log on to our website latestly.com).