Punjab Budget 2022–23: AAP Govt To Give 300 Units of Free Electricity to Households From July 1

Opting renewable energy, the Budget has provision to install rooftop solar plants in the government schools at a cost of Rs 100 crore. To find solutions to stubble burning smog, which blankets the entire northern belt of India, comprising Punjab, Haryana, Delhi and Chandigarh, in October-November, Rs 200 crore was allocated. 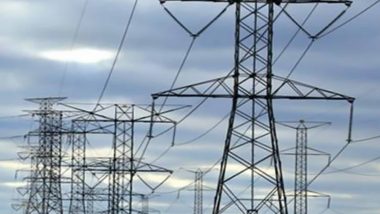 Chandigarh, June 27: A day after a humiliating electoral defeat in its stronghold parliamentary seat, the Aam Aadmi Party (AAP) government in Punjab in its first Budget on Monday proposed to spend Rs 1.55 lakh crore with no new tax, and also provisioned for supplying 300 units of free electricity each month to every household from July 1.

In the next five years, the Bhagwant Mann-led government, which is silent on its crucial poll promise of Rs 1,000 allowance for each woman over 18 years, will set up 16 medical colleges. With this, the total number of medical colleges will rise to 25. Punjab Finance Minister Harpal Singh Cheema Presents State Budget for FY2022-23.

By 2024, two super specialty hospitals, one each in Patiala and Faridkot, will be established. Three more will be opened by 2027. Under the AAP govt's flagship programme, 117 mohalla clinics will be established this year, with the opening of 75 clinics in the first phase on August 15, to mark the 75th Independence Day. An initial outlay of Rs 77 crore was proposed for the clinics.

To woo the youth, the government announced to fill 24,400 posts in the government sector and regularisation of jobs for 36,000 contractual employees. For agriculture, the state's mainstay, there is a provision of Rs 11,560 crore. And to provide free power to agricultural tubewells, Rs 6,947 crore will be spent.

Opting renewable energy, the Budget has provision to install rooftop solar plants in the government schools at a cost of Rs 100 crore. To find solutions to stubble burning smog, which blankets the entire northern belt of India, comprising Punjab, Haryana, Delhi and Chandigarh, in October-November, Rs 200 crore was allocated.

To facilitate the business community, the government will constitute a special commission comprising only of traders and businessmen. The body will collaborate with the government in decision-making and policy formulation.

With an aim to bring new opportunities to the sub-mountainous Kandi area, a highway from Chandigarh to Pathankot along the Shivaliks is proposed to be developed.

Cheema said the government will set up a model of good governance. "Our government has zero-tolerance towards corruption...Our party's birth started from the anti-corruption movement," he said, adding the government is acting against those who indulge in corrupt practices. The AAP came to power in February after winning 92 of the 117 Assembly segments in the state.

(The above story first appeared on LatestLY on Jun 27, 2022 01:58 PM IST. For more news and updates on politics, world, sports, entertainment and lifestyle, log on to our website latestly.com).