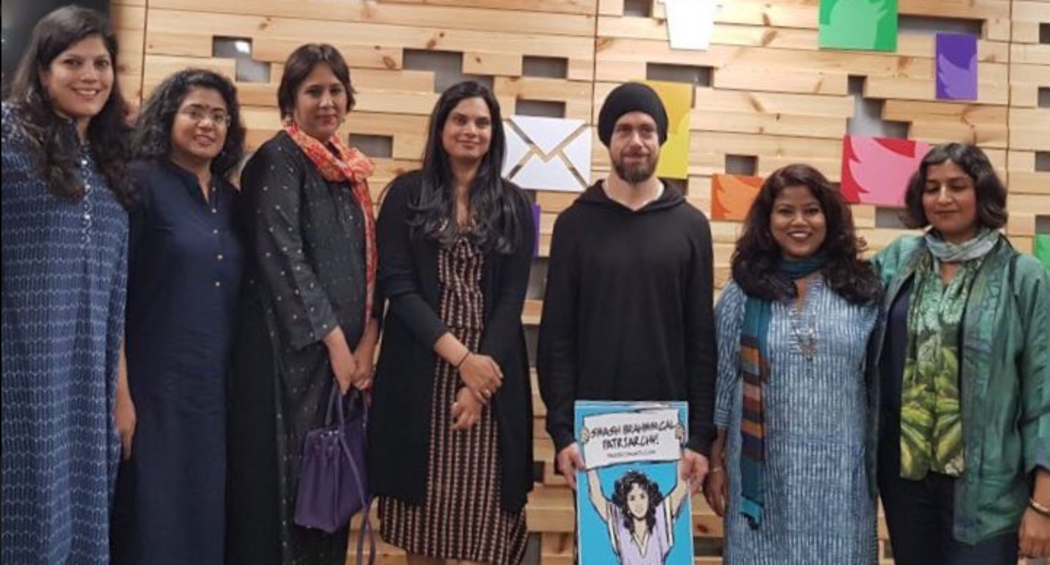 Jaipur, April 7: The Rajasthan High Court on Tuesday stayed an FIR registered against Twitter CEO Jack Dorsey for allegedly defaming the Brahmin community. A Jodhpur court had ordered registration of an FIR against Jack Dorsey following a picture of him holding a placard saying "smash Brahminical patriarchy" went viral during his India visit in 2018. Earlier, the High Court had refused to quash the FIR.

Petitioner Rajkumar Sharma, a member of Vipra Foundation, had moved the court after Dorsey shared a picture on his account showing him with six women holding a poster in his hands that said "Smash Brahminical Patriarchy". Though, the picture of his visit to India was removed later and an apology tendered by Twitter India, Sharma claimed it was unforgivable and deserved punishment for targeting Brahmins. Twitter CEO Jack Dorsey to Shift to Africa for 6 Months Next Year to 'Define the Future'.

Rajasthan High Court stays FIR registered against Twitter CEO Jack Dorsey. A complaint was filed against Dorsey in 2018 during his India visit for allegedly hurting sentiments of the Brahmin community and Jodhpur Court had ordered Police to register an FIR against him. (file pic) pic.twitter.com/MEJcPMqN1O

In December 2018, the Rajasthan High Court had stayed the arrest of Dorsey but refused to quash an FIR against him. Senior counsels Mahesh Jethmalani and Sandeep Kapur had moved a criminal miscellaneous petition praying for quashing of the FIR and staying the probe against Dorsey. However, Justice P S Bhati rejected the appeal but stayed his arrest.

A year later, Twitter India had landed in another caste row. Twitter had been accused of discriminating against Scheduled Caste (SC), Scheduled Tribe (ST) and Other Backward Class (OBC) activists in 2019. The row had started after the account of senior columnist Dilip C. Mandal got restricted. He later got back the account. But Mandal continued the tirade against Twitter.