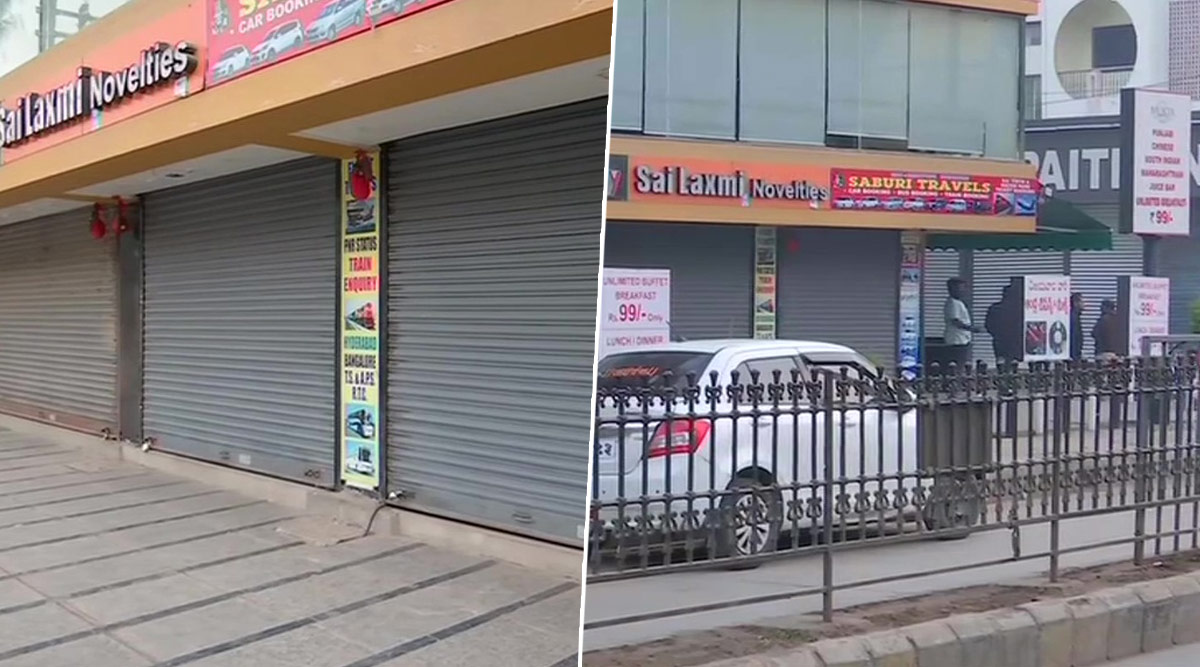 Shirdi, January 19: Residents of Shirdi town in Maharashtra called off bandh, which was to take place on January 20. On Sunday also, Shops, eateries, various other commercial establishments and local transport remained shut in the Shirdi temple towm. The bandh was called over a controversy related to the birthplace of 19th-century saint Saibaba. SaiBaba Birthplace Row: Shirdi Bandh Today in Protest Against Uddhav Thackeray, Temple to Remain Open For Devotees.

Chief Minister Uddhav Thackeray also assured the locals that talks would be held to defuse the issue.  He has also called for a meeting on Monday at 2 pm with villagers and CEO of Shirdi Saibaba Temple Trust. Local residents and leaders in Shirdi are demanding the withdrawal of Thackeray’s official statement in which he described Pathri in Parbhani district as Saibaba's birthplace. Shirdi Residents Call for Bandh As Maharashtra CM Uddhav Thackeray’s Decision to Develop Pathri As Saibaba Birthplace Draws Ire.

On Sunday, the bandh was also observed in surrounding villages of Shirdi. However, the grand Saibaba temple remained opened. Devotees were allowed to offer prayers. According to reports, long queues of devotees were seen in front of the 'prasadalaya', breakfast centre and "laddoo" sale centres of the temple. Saibaba spent most of his life at Shirdi in Ahmednagar district of Maharashtra.

The controversy began after chief minister Thackeray announced a grant of Rs 100 crore for development of facilities at "Sai janmasthan" (birthplace) at Pathri. Local residents and leaders in Shirdi took exception to the chief minister's announcement, saying the birthplace of the famed saint was not known, and Pathri can not make a claim to being his birthplace.