Sheena Bora is Alive? Indrani Mukerjea Writes to CBI Asking Them to Search For Sheena Bora in Kashmir, Says Report 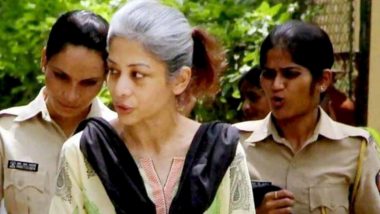 Indrani has also moved an application before the special CBI court, which is likely to be heard soon.

Indrani Mukerjea, accused of murdering her daughter Sheena Bora, has been lodged in Mumbai's Byculla jail since she was arrested in 2015. The Bombay High Court had rejected her bail application last month and she is now expected to approach the Supreme Court through her lawyer.

Three months after she was arrested, her husband Peter Mukerjea was also arrested on charges of helping Indrani.

Indrani did it because she was enraged with Sheena over her relationship with Rahul Mukerjea - Peter Mukerjea's son from an earlier marriage - according to investigators.

The CBI also said Sheena Bora had threatened to expose her mother after a financial dispute between them. After the murder, Indrani told friends that Sheena - she had claimed to the world that she was her sister - had moved to the US.

The murder surfaced when Indrani Mukherjee's driver was arrested in a separate case. Based on the driver's statement, Sheena's half-burnt body was dug up from a forest near Mumbai.

Some 60 witnesses have recorded their statements in the trial, which started in 2017.

(The above story first appeared on LatestLY on Dec 16, 2021 12:40 PM IST. For more news and updates on politics, world, sports, entertainment and lifestyle, log on to our website latestly.com).