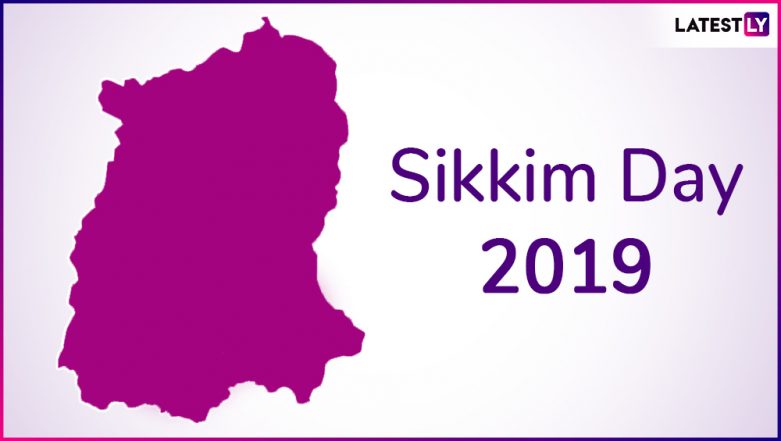 Gangtok, May 16: Sikkim celebrated its 43rd statehood day on Thursday. The celebrations were held across the state with great fanfare today. President of India, Ram Nath Kovind, greeted the state on the occasion and extended his wishes to the people of the state. Sikkim Lok Sabha Elections 2019: Phase I Polling Concludes, Over 69 Percent Voters Exercise Franchise.

It was on this day in 1975 that Sikkim had officially become a state under the Union of India and Kazi Lhendup Dorjee became its first chief minister.

A grand function was held at the Samman Bhawan auditorium in the capital town where Chief Minister Pawan Kumar Chamling highlighted the achievements of his government, reported news agency PTI.

"My best wishes to all the residents of this beautiful state for a bright and prosperous future," tweeted President Kovind.

Greetings to the people of Sikkim on statehood day. My best wishes to all the residents of this beautiful state for a bright and prosperous future #PresidentKovind

Sikkim Governor N Shrinivas Patil speaking at the same programme greeted the people of Sikkim on the occasion.