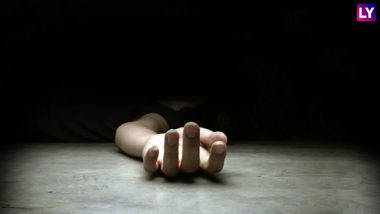 She took the extreme step on Monday evening.

Kanizmozhi daughter of advocate couple, Karunanidhi and Vijayalakshmi had reportedly told her parents that she was unhappy over her performance in NEET. Tamil Nadu: 19-Year-Old Aspirant Found Dead on NEET Exam Morning in Salem.

Ariyalur police superintendent's office told IANS that the girl took the extreme step on Monday evening when the parents had gone for a wedding ceremony. Police said that both the parents had given her all support but for the past couple of days, she was unhappy over the performance in the entrance examination. An FIR has been registered under Section 174.

This is the second case of suicide in Tamil Nadu after Dhanush, a 19-year-old student who had killed himself hours before the NEET examination on Sunday.

This is the third death in Ariyalur district due to NEET exam in the last few years, Anitha in 2017 and Vignesh died in 2020.

The DMK has already passed a bill against NEET in the Tamil Nadu assembly on Monday.

(The above story first appeared on LatestLY on Sep 14, 2021 01:37 PM IST. For more news and updates on politics, world, sports, entertainment and lifestyle, log on to our website latestly.com).